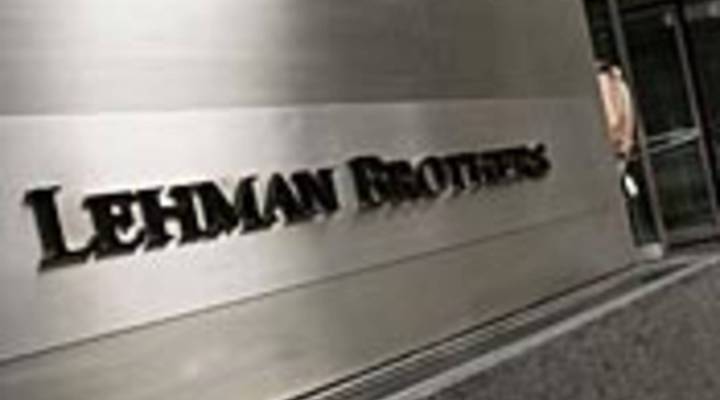 What to expect with Ernst and Young

What to expect with Ernst and Young

FRANCINE MCKENNA: Ernst and Young signs off on financial statements and did so every single year all the way up to the failure, with no qualifications, no insistence on any additional disclosures.

Lehman’s collapse in 2008 kicked off the financial crisis. Here to talk a bit more about the implications of this is Julia Coronado, chief economist for BNP Paribas. She joins us live from New York. Good morning, Julia.

VANEK SMITH: Julia, do you think we’re going to see more charges like this one?

CORONADO: We probably will see charges like this. We’ve already seen some charges against financial firms related to the Madoff case. There’s just been a lot of losses that have been suffered and there’s a desire to get some retribution for those losses.

VANEK SMITH: We saw Dodd-Frank financial regulation passed this summer. Why haven’t we seen the effects of that regulation already?

CORONADO: What Dodd Frank did was leave a lot of the details open to regulator’s interpretation. So regulators are just putting in place the committees and the departments needed to establish those rules, and what we’re going to see in 2011 is a lot of specifics about how Dodd Frank will be implemented and what the implications will be for various businesses.

VANEK SMITH: What kind of year did financial institutions have in 2010?

CORONADO: 2010 was a mixed bag. So of course 2009 was sort of a recovery from the abyss. There was lots of increased activity and most financial firms did really well. But of course we’ve seen the recovery be fairly choppy, the housing market, different areas have experienced their ups and downs and that has translated into ups and downs for the financial industry. So on balance it’s been an OK year, but again it hasn’t been a uniform great year across the board and I think probably with the implementation of Dodd Frank, on the docket for 2011, it’s going to be that much harder to find ways to make profits for financial firms.