A dragon could redefine space program

A dragon could redefine space program

Space X did have major funding from NASA to pull this thing off but the agency was not in charge of what was built. When Dragon went up on Wednesday, experts were giving it — at most — about a 60 percent chance of actually succeeding. But the fact that it did succeed means that we’re closer to being able to supply the International Space Station without humans going up there in person.

It also means that NASA may be able to pivot away from maintenance missions of that kind and focus more energy and resources on exploration and discovery. Finally, it means that we’re at least a few more steps down the long road to commercial space travel. Because if ISS supplies can fit inside the Dragon, why can’t we?

We talk to Roger D. Launius, Senior Curator of the Division of Space History at the Smithsonian’s National Air and Space Museum. He says there is a whole lot of work to do to make Dragon reliable, especially for people, but it’s a very exciting step forward.

We also talk to Scott Pace, director of George Washington University’s Space Policy Institute. He says the technology involved here is not all that revolutionary but the engineering and the economics of it all, combined with the technology, could make for a very interesting future.

Also in this show, the annual Google Zeitgeist report has arrived to tell us what we cared about in the past year. Turns out we were really into World Cup, Oil Spill, Olympics, iPad, Justin Bieber, and Chatroulette. Not so much into Susan Boyle, MySpace, and Circuit City. 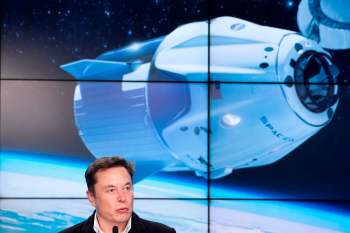