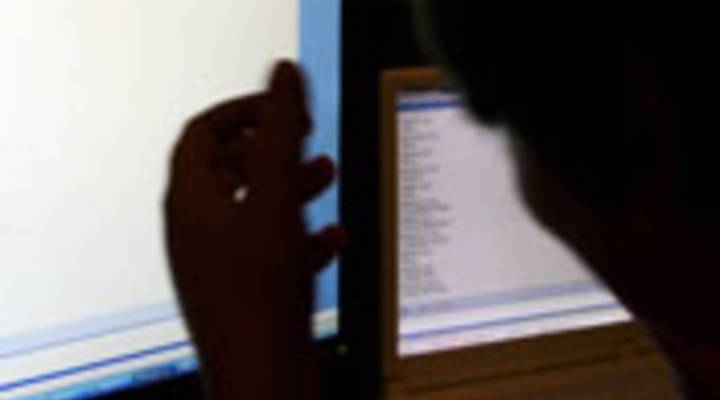 "Hack-tivism" can be pricey for businesses

COPY
Black women have been ignored when they talk about their experiences on the internet. What could have the internet today looked like had tech companies and tech journalists listened to them? AFP / Getty Images

"Hack-tivism" can be pricey for businesses

Black women have been ignored when they talk about their experiences on the internet. What could have the internet today looked like had tech companies and tech journalists listened to them? AFP / Getty Images
Listen Now

Kai Ryssdal: You don’t actually need to visit MasterCard.com or Visa.com to use your credit cards, but that’s kind of beside the point, I suppose. Both sites were knocked offline by hackers today, apparently in retaliation for MasterCard, PayPal, Amazon and others having decided to stop processing donations to the Wikileaks website.

Not only did the hackers disable MasterCard.com, they changed the company’s Wikipedia entry as well so that it read, “MasterCard is an evil puppet of the U.S. government” and other things I can’t really say on a family radio show.

MasterCard’s back up and running and the Wikipedia entry is back to normal, but the attack and this whole concept of Hack-tivism — as it’s being called — does have huge implications for business.

Stacey Vanek Smith: The attack against MasterCard was launched by a group of hackers known as Anonymous.

Barrett Lyon: It’s becoming more and more like something that resembles the movie “Fight Club.” And these guys are pretty riled up.

Barrett Lyon knows Anonymous well; he used to run a business that helped companies defend against cyber attacks. He says it’s a loose-knit global network that enlists people to download software which allows them load a company’s website over and over, until it crashes.

Lyon: What these guys have done is said, ‘hey, join our cause, put our software on your computer willingly and kick back and enjoy the show.’

Lyon says attacks like today’s this aren’t hard to mount, but they are expensive to prevent. He says subscribing to a good security system costs upwards of $10,000 a month. Ted Julian analyzes online security for the Yankee Group.

Ted Julian: The economics here just stink. Because for the bad guys these resources are free, whereas the good guys are using resources they’ve paid for. So it’s a real crappy arms race.

Many big companies are already well protected, says Gregg Housh, who used to be affiliated with the hacker group Anonymous. Housh points out Amazon and Paypal’s websites withstood attack today. He says a lot of people have to come together to take down a company’s website.

Gregg Housh: All of these types of events really require numbers. It doesn’t require one single person being amazing at what he does, it requires thousands of people doing little things together in concerted effort.

Housh estimated between 1,000 and 3,000 people took part in the MasterCard attack. He predicts we’ll see more of them because, for one thing, they could work.