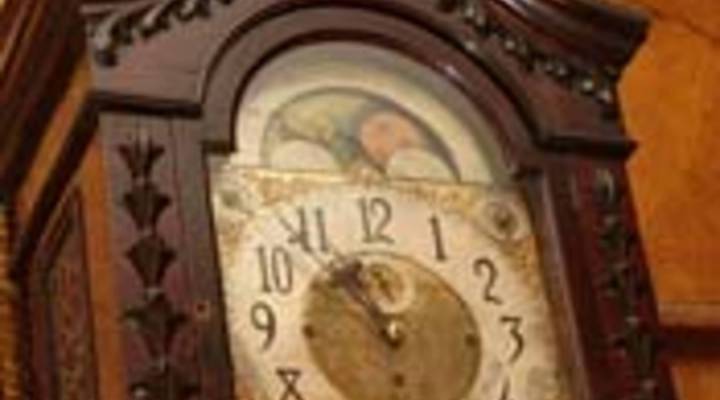 Why do we wait so long at the doctor’s office?

Why do we wait so long at the doctor’s office?

Tess Vigeland: This being a show about healthcare, you gotta see the doctor, right? So — I did. Earlier this week here in Philly. I was battling a nasty cold at the time, but it’s not why we were there.

No, we wanted a behind-the-scenes look at one of the greatest of all medical mysteries: why — oh why — do we spend so much time in doctors’ waiting rooms?

We arrived at the offices of Greenhouse Internists in Philadelphia’s Mt. Airy neighborhood just before 11 a.m. The waiting area was full and Omega London was answering phones at the front desk.

Omega London: Good morning Greenhouse Internists, this is Omega. How can I help you?

London’s been working here for 14 years. The patient on the phone needs stitches removed, which will require an office visit.

London: That’s absolutely right. How long have you had them in? O.K. Who’s your doctor here? All right, do you want to do 12? You could be his first appointment of the afternoon? That’s good? O.K.

London: I would love to tell everyone come on in at 9, I’m gonna have you outta here at 9:30; you can catch the train get to work won’t be late and tell everyone you were at the doctor’s office. It doesn’t work like that.

Vigeland: Can I presume it’s by design that there’s not a single clock to be found in this place?

London: We don’t have one out there and I can’t actually say why. I can’t say that we deliberately do not put a clock out there, but all the years of being here, we haven’t had a clock and you’re not the first person that told us that.

Dr. Richard Baron is one of seven internists in the Greenhouse practice.

Baron: Complicated set of issues. The patient may have told somebody at the front desk, ‘Oh I’m here for a cold’ but actually they have a list of five different things. You’re gonna run late for the next patient.

Plus, he says, doctors are doing all kinds of things that the patient doesn’t necessarily see. In fact he wrote about this very subject earlier this year in the New England Journal of Medicine. The article was titled “What’s Keeping Us So Busy in Primary Care?“

Baron: Each doctor in this office sees an average of a little over 18 patient visits per day. But each doctor makes 23.6 phone calls, each doctor refills 12.4 prescriptions, each doctor reviews something over 15 laboratory reports. It’s not visible to patients, so that’s one reason that people are frustrated when their doctor might not be with them face-to-face.

Not visible to patients, and not visible to insurance companies. Most insurance pays per office visit, creating a perverse incentive for some doctors to overbook, or otherwise pack patients into the day — creating delays.

Greenhouse, however, is in the vanguard of finding solutions to the problem. The practice uses electronic medical records for pretty much everything. Medical assistants conduct a lot of the time-intensive counseling for patients with chronic illness. And Greenhouse utilizes something called “open access scheduling.” No patients are scheduled after 11 a.m., leaving the rest of the day for last-minute appointments.

Baron: If you run a schedule where you’re making appointments for six weeks away, you find that often patients don’t keep those appointments because whatever problem they had has gone away.

Sam Feinberg: Generally you’re in and out of here in a reasonable time and I say reasonable, maybe within a half hour, 45 minutes, which I think is pretty good.

Sam Feinberg has been coming to see Dr. Baron for the last 12 years. He’s 85 and lives in Elkins Park, just outside Philly. He was in to have some routine checks done on his health.

Doris Pitts: Hi Mr. Feinberg, how are you today?

Feinberg: Doris we’ve been through this practice a few times, right?

Feinberg says he thinks a big part of the problem is there aren’t enough primary care doctors in the area. And studies bear that out nationwide.

Feinberg: I think we expect that anymore. We expect that we’re going to go in and it’s going to take some time. And prepared to give that time because there’s not much else you can do when you’ve got to have work done so — my best advice is when you go to the doctor’s office, bring a book to read.

Doris Pitts was the medical assistant taking Feinberg’s blood pressure. She said that day one of the staff called in sick, which added to the exam room pressures.
Her advice?

Pitts: Patients have to be patient.

The thing to remember, says Dr. Baron, is that medicine is not an assembly line. Though his practice, for one, is always looking for efficiencies.

Baron: Each patient comes in differently and each patient has different needs and one of the core functions of primary care is to meet patients where they are.

Vigeland: Dare I ask how much delay is caused by reporters hanging around your office?

Now, if we could only read their writing.

Money on Health Care
Tags in this Story
Share this Story