A look at the effectiveness of stock buybacks

A look at the effectiveness of stock buybacks

Kai Ryssdal: We’ve been telling you for quite a while now about companies that took to hoarding cash when the economy turned bad. Now that things are improving for some of those companies, they’re trying to give shareholders some return on their investments. Today, for instance, the country’s biggest maker of computer networking gear, Cisco Systems, added as much as $10 billion to its stock buyback program. So when a company buys up its own stock, the shares that remain outstanding are supposed to be worth more, right?

But as our senior business correspondent Bob Moon reports, it doesn’t always work that way.

Bob Moon:Companies have used stock repurchase plans for decades now, to keep share prices from sinking too low. Cisco, for example, has already bought up more than $65 billion worth of its own shares in the past decade. But that stock’s value isn’t far from where it was then.

Critics say buybacks are often unsuccessful at raising share values. At the University of Masschusetts at Lowell, professor William Lazonick says when they do work, they artificially inflate the price. He says they don’t increase a company’s true value with new products and business or boost the economy with more jobs.

William Lazonick: Here we have all these companies obsessed, basically with keeping their stock prices up, and saying the best thing that they can do with their money is spend billions of dollars on stock. And my view of that is, any company that says that they have nothing to better do with their money, the CEO should be fired.

Market commentator and venture capitalist Peter Cohan agrees. He says executives have a duty to innovate and grow profits into the future — but buybacks actually help their own short-term bottom lines.

Peter Cohan: Managers get compensated usually on earnings per share. And if you reduce the number of shares by buying back stocks, what you do is you end up boosting the earnings per share, and then that helps managers make their bonuses.

Cisco executives have also promised to issue the company’s first shareholder dividend, around 1 or 2 percent, in the near future. Michael Gumport of the research firm MG Holdings, says his studies show that’s a more effective way to reward loyal shareholders.

He says that’s because shareholders need to sell a company’s stock to benefit from a buyback. 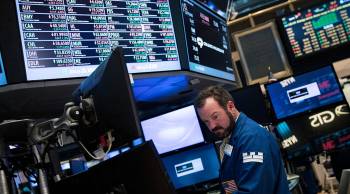