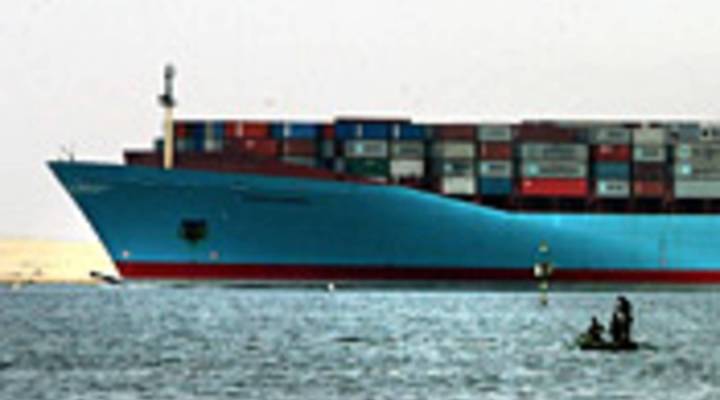 What U.S. can export to help imbalance

What U.S. can export to help imbalance

KAI RYSSDAL: The president’s Asian trade mission hit Indonesia today. He’ll be in South Korea in a couple of days for the G20 meeting. Trade is top of mind for pretty much everybody, as we told you yesterday. This thing called global rebalancing is the economic buzzword du jour — evening out which countries buy a lot of stuff, and which countries sell a lot of stuff so that everybody can grow. Earlier today, President Obama said flat out the world needs to address global imbalances, a polite way of saying American consumers can’t do it all anymore and that he wants other countries to buy American.

We asked Marketplace’s Stacey Vanek-Smith what exactly the president is hoping to sell more of.

STACEY VANEK-SMITH: President Obama is hoping we can cut our trade deficit and create jobs by ramping up our exports.

Michael Czinkota is a trade expert at Georgetown University.

MICHAEL CZINKOTA: Right now, our key export is airplanes — and that’s sort of mainly the Boeing account if you want to call it that.

But Czinkota says we’re probably not going to see a lot of growth in demand for big-ticket items like planes.

Instead, we have to look to the countries that are growing, says economist Derek Scissors with the Heritage Foundation.

DEREK SCISSORS: Right now the growth is in Asia, and what Asia actually needs most of is commodities and technology.

Commodities like soybeans and wheat, which developing countries are buying as feed for livestock as their diets shift to include more meat. But it takes a lot of soybeans to equal a 747. So if we want to really ramp up exports, or double them, as the president has said, that’s not going to cut it, says Georgetown’s Czinkota.

CZINKOTA: We’ll certainly have to look at new export areas.

ROBERT SHAPIRO: We would also look to fast-growing advanced economies.

SCISSORS: It doesn’t look like we’re going to get a rapid increase in exports, we’ll get a slow increase over the next couple of years.

Scissors says even a small increase in exports will help create jobs and spur growth.