Will Google TV survive if there are a bunch of shows you can’t watch on it?

Will Google TV survive if there are a bunch of shows you can’t watch on it?

ABC, CBS, and NBC have all blocked users of Google TV from seeing shows pulled from network web sites, even though those same users can get on those web sites through their computers and watch the shows without a problem. The web site Hulu.com also won’t allow Google TV users from watching the same shows they show for free to anyone with a computer and a browser.

Are these minor hiccups on the way to building a robust presence on television? Or do they point to a fundamental flaw in Google’s whole scheme? In other words, will this be, like Android, the wave of the future? Or will it be more like the Google Wave of the future?

Danny Sullivan runs the web site Search Engine Land. He knows more about Google than just about anyone. Danny also recently picked up a Google TV-enabled Blu-Ray player. He tells us about the experience of navigating a blockaded entertainment landscape.

But Danny agrees with our other guest, CNET executive editor John Falcone, that eventually these hurdles will be cleared between Google and the networks. But the result might be you footing the bill. 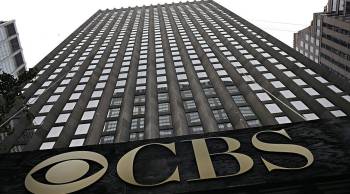