Report may label China a manipulator

Report may label China a manipulator

BILL RADKE: Treasury Secretary Timothy Geithner has been warning it’s time to get tough with China over its under-valued currency. Today could be the day. Treasury is due to release a report on currency manipulators.

JOHN DIMSDALE: If Treasury finds China is artificially keeping its export prices low, the administration is required to start consultations to fix the imbalance.

DAN ROSEN: The Treasury Department is already consulting with Chinese intensely. So, in part, this would be a little bit of theater where we were upping the rhetorical position of the U.S. on the issue.

Congress is trying to wave a bigger stick. The House last month overwhelmingly approved hefty retaliatory tariffs on just about all Chinese imports.

And Scott Paul with the Alliance for American Manufacturing wants the Senate to pass the bill before the year is out.

SCOTT PAUL: We need every tool in the toolbox to get China to change this job-killing behavior.

One other possibility would be enlisting international support against China. The U.S. tried that at this month’s International Monetary Fund annual meetings, without much success. But analysts say China’s cheap currency also hurts exports from Europe, Japan and even developing countries like Brazil. 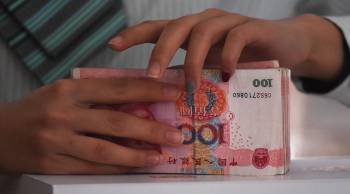 Surprise. China is not a currency manipulator