TESS VIGELAND: If there’s one bright spot in the employment picture, the pink slips aren’t coming as fast and furious as, say, a year ago. But they haven’t stopped. Not even in 1960s fictional Manhattan. The employees of Sterling Cooper Draper Pryce face the possibility of utter ruin as the fourth season of AMC’s “Mad Men” draws to a close this weekend. And yeah, basically I wanted an excuse to talk about my favorite TV show. So sue me while I pour us all a cocktail. We wondered what all those layoff notices might mean for Don Draper, et al. after losing the Lucky Strike account and being rebuffed by Marlboro.

SHAIKEN: It certainly does. Far too many. The kind of fear that runs through this moment, where the whole company seems to be in the balance, is something millions of Americans feel today — especially the unemployment picture.

VIGELAND: Well let’s take a listen to just how bad things are for the agency now that they’ve lost the Lucky Strike account. Here we find that one of the partners, Lane Price, has gone to the bank to see how they can save the company.

LANE PRICE FROM “MAD MEN:” $100,000 each from the senior partners and $50,000 from Mr. Campbell and I would buy us six months or so, provided that we make a drastic reduction in staff.

VIGELAND: All right. Let’s talk about what kinds of challenges workers faced when they lost their jobs in the era of Don Draper. How is it different?

SHAIKEN: Well, it’s never pleasant to lose your job. But it was much different in the era of Don Draper. In 1964, for example, the unemployment rate in October of that year was 5.1 percent. The next year, ’65, it was 4.1 percent. It was on its way to 3 percent. So while the pain was real and the apprehension was real, they might have just had to walk across the block to find another job.

VIGELAND: Well Sterling Cooper Draper Pryce does end up wielding the ax over its staff. And here one of the copywriters — the only female one by the way — Peggy is summoned to Don’s office and she is thinking the worst.

PEGGY OLSON IN “MAD MEN:” Should I sit down?

DON DRAPER IN “MAD MEN:” Who can you live without?

PEGGY: Oh, good. I mean, not good, but you know. Well, Danny, obviously. Though he’s kind of grown on me.

DON: Lane sent over a memo with suggestions. All of the tobacco people…

PEGGY: That’s a lot of people.

VIGELAND: Now, Harley, I would assume that the psychological effects of losing your job don’t change over time. But am I wrong? Was it any different then?

SHAIKEN: It was different in some ways. But the psychological effects are very real. People were crying in that office, everyone was very upset. But what was different then is we were a full-employment economy. The term “jobless recovery” hadn’t been invented yet. So the ability to find another job in the near term was also quite real. That’s no longer with us.

VIGELAND: Wasn’t it really hard to look for a job because so often you were promoted from within. And so jumping from company to company, industry to industry, was far less common back then, wasn’t it?

SHAIKEN: It was. I’d like to say I learned all this from the history books, but it’s not quite true. I was there. And the notion was not new jobs, new companies, new careers, but rather that in some areas you would be there for quite a period of time.

VIGELAND: Now what about unemployment benefits, outplacement services, that sort of thing. Did those exist then?

SHAIKEN: Well they certainly did. But the unemployment benefits in a full-employment economy were very much transitional. We weren’t talking about the 99ers, that is those today who have been out of work 99 weeks or longer. Then it was 26 years, in some areas even less.

VIGELAND: Harley Shaiken, thank you so much. Can I pour you a Tom Collins?

SHAIKEN: How about a Manhattan?

‘Mad Men’ mania: How to own a piece of (fictional) history 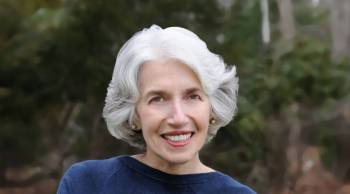