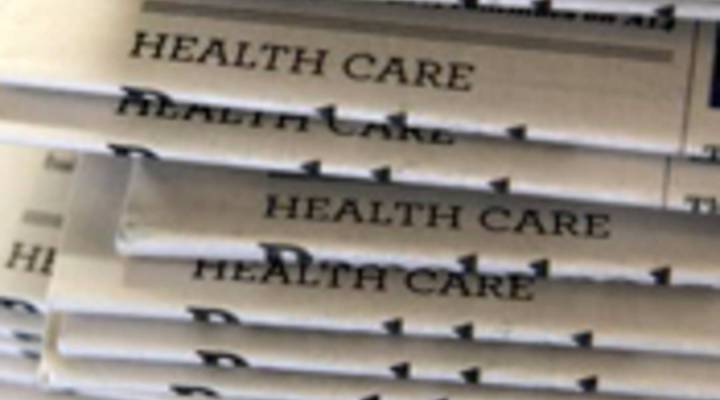 BILL RADKE: Another major American company is reacting to the new health care law. The Wall Street Journal reports
the big manufacturer 3M will stop offering a group health-insurance plan to younger retirees. The company says the federal health care overhaul
has given retirees more options and made it harder for companies to compete. Last month, McDonald’s talked about dropping health coverage for workers.

Marketplace’s Stacey Vanek Smith has more on how business is reacting to the health-care changes.

STACEY VANEK-SMITH: Health care reform laws will roll out over the next several years. And businesses are scrambling to get a handle on the new rules.

LEN NICHOLS:
This bill is going to change the business model.

Len Nichols is the director of the Health Policy, Research and Ethics Center at George Mason University.

NICHOLS: Right now part of what they’re competing on is how good am I at selecting healthy people and negotiating discounts with providers.

Nichols says now, insurers will be competing in other ways — like incentivizing healthy behavior.

Melissa Thomasson is a health care expert at Miami University. She says the laws will be hard on small businesses and companies that tend to offer cheaper, bare-bones policies.

MELISSA THOMASSON: Smaller insurers and businesses like McDonald’s who have pretty restrictive benefits policies, might see their cost of coverage go up significantly.

George Mason’s Len Nichols says the health care bill leaves a lot of specifics up to individual states, which could mean another layer of complication for businesses and insurers.