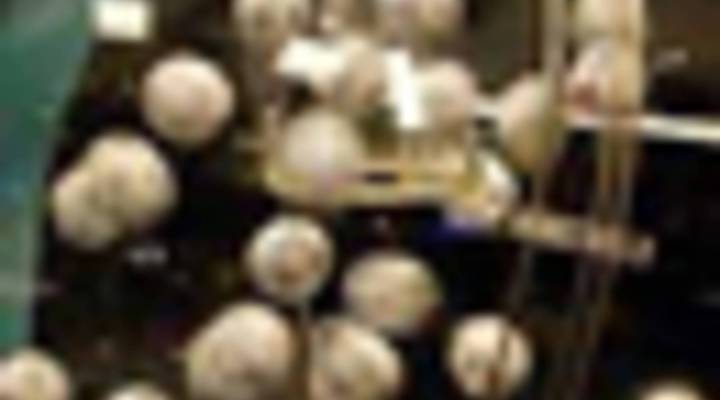 What are the odds of winning the lottery?

What are the odds of winning the lottery?

Tess Vigeland: My husband buys a lottery ticket pretty much every week. A buck a pop. ‘Cause we have just as much a chance as anybody, right? Plenty of you out there think playing the lottery is stupid. “A tax on people who are bad at math,” says one post on our Facebook page. But I now know there’s only one reason I haven’t won yet: I’m playing in the wrong state.

See when you play the Missouri lottery, apparently there’s a chance you’ll become a winner — twice. That’s what happened to 57-year-old Ernest Pullen. Back in June he won $1 million on a scratch card. And three months later, another $2 million on another scratch card!

Duh! Lucky and not fair! Don Ylvisaker teaches statistics at UCLA. Odds on the first winning ticket: one in 2.3 million. On the second: one in 100 million. But the good professor says contrary to popular belief, winning is not that uncommon. Even winning twice.

Ylvisaker: If you take all the people playing in the United States, there’s a lot of people. And that somebody wins twice is no longer so impressive — moreover, if you say within months, we don’t know the man hasn’t been playing for 15 years and won twice. It’s about as common as say having a large rainstorm in the Northeast or something like that.

Then I want more rainstorms. Believe it or not, Ernest Pullen is not the luckiest guy in the world. No, that honor goes to 63-year-old Joan Ginther. She’s won four — count ’em — four multi-million dollar jackpots in the last 17 years. Oh, and guess where she lives.

All right, now go to our Facebook page and tell us why you play the lottery, or don’t.