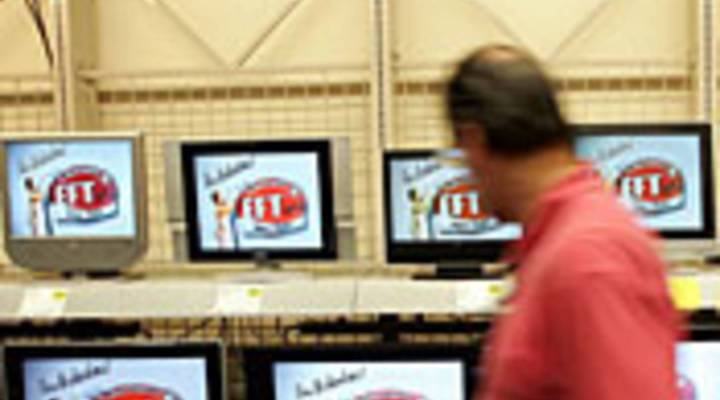 Bob Moon: The new TV season kicks off tonight with some very glossy new shows. Just wait a commercial minute, though: Aren’t audiences shrinking, along with ad dollars? In spite of, or perhaps because of that, the networks are spending big on their line-ups.

Stacey Vanek Smith: From NBC’s mysterious new drama “The Event” to CBS’s revival of “Hawaii Five-0,” to the tabloid-tacular new season of Dancing with the Stars — featuring Bristol Palin and Jersey Shore’s The Situation — this season’s new line-up is impressive, and expensive, says Bill Carroll with Katz Television Group.

Bill Carroll: The shows are really bringing the competitive level to a new high.

Networks are losing audience to cable channels, mobile devices and the Internet. Katz says this season is a reminder that there’s still big money in TV and that nothing brings in the numbers the networks do.

Carroll: Even if viewers watch on their TiVo or their iPad, it starts on broadcast television.

Porter Bibb: This is the last gasp of network television.

Bibb: The networks are spending unconscionably in an attempt to try to stave off the continuing erosion of network audiences.

Bibb says consumers want to watch shows when they have time — on their DVRs or online, via Hulu or Netflix. And Apple and Google are both poised to unveil their TV devices. Bibb says throwing money at special effects, all-star casts and marketing campaigns is all the networks have got right now.

Bibb: That’s what you do if you’re running a business and you haven’t got an answer to the new environment.

Still, Bibb says, the expensive new line-ups could pay off. Bibb agrees high-quality scripted shows are exactly what people will pay to watch on their DVRs, iPads and phones.