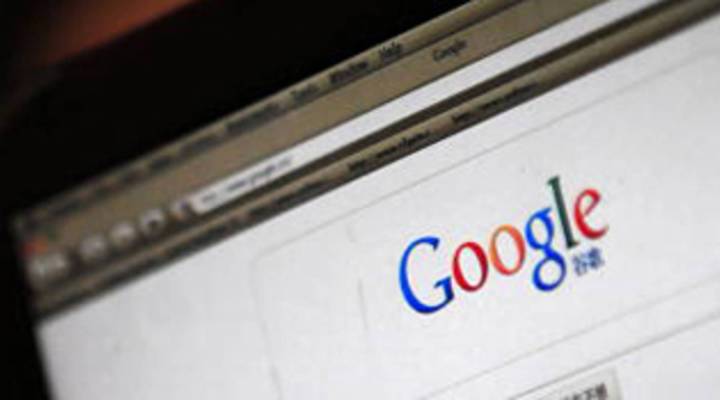 Google Instant: Save seconds per search

Google Instant: Save seconds per search

Kai Ryssdal:Google rolled out a new tweak to its search engine today. It’s called Google Instant. The thing makes suggestions for what you want, predicting what you’re searching for before you can even get all the letters down. The company says it will save two to five seconds per search by refining your results as you type. Because somehow 400,000 hits on whatever you’re looking for in three-tenths of a second just isn’t fast enough. Well, in fact, it’s not.

Marketplace’s Stacey Vanek Smith reports the new bells and whistles are all about advertisers, and mobile and eventually, you.

Woman: We’re here in San Francisco. Why don’t you use Google to check out the weather?

Man: Sure, with exactly one key press on “w,” I can get a weather forecast for San Francisco, 60 degrees.

And sunny as far as advertisers are concerned, says the Yankee Group’s Carl Howe. He says saving a few keystrokes and a few seconds will actually help Google sell more ads.

Howe: This reduces the amount of time between someone visiting Google and somebody seeing one of their ads.

And should really speed things up on mobile devices. Google Instant is expected to go mobile within the next few months.

Tara Calishain is the editor of Researchbuzz.

Tara Calishain: Having the pages and the suggestions pre-load, it’s going to make searching on my phone a lot easier.

Google is also hoping Instant will give it an edge against Facebook, iPhone apps and other competitors, who are eating into its search business. Google Instant’s suggestions are based on the most popular searches, and then targeted more specifically to you.

Yankee Group’s Carl Howe says Google uses what it knows about your past searches to give you more relevant results.

Howe: I just typed in “b,” and since I live in Boston, the first thing that comes up is Boston.

Vanek Smith: OK, I’m typing in “b.” Oh, the first thing that comes up about me is Best Buy. I don’t know what that says about me.

Howe says Google has massive amounts of information on us — our searches, our e-mails — and it’s been in a big push to find new ways to leverage that data.

Ryssdal: One more thing on Google to close the loop on my final note from last night — me asking for help on the Google logo on its homepage yesterday, how it had changed to these weird bouncing balls. There was some feeling that it was Google’s way of celebrating its birthday, early September being the generally accepted date. Marketplace listener consensus, though, seems to be that it was a demonstration of HTML5 and something called CSS3, computer programming languages. And yes, I know I could’ve Googled it, but this was more fun.