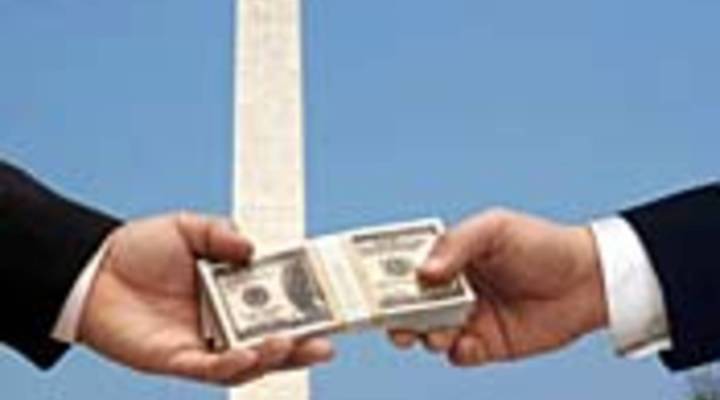 Kai Ryssdal: Like I just said, this is public radio, so it’s not like we have a ton of money to throw around. More profit-oriented media companies do tend to have some extra cash, though. And how one, in particular, has been spending it is making news. Rupert Murdoch’s News Corp, owner of Fox News and the Wall Street Journal, has given the Republican Governor’s Association a million dollars. The money was actually donated back in June. News Corp says it supports Republicans’ pro-business agenda, and that the donation won’t affect its news coverage one tiny little bit.

Stacey Vanek Smith: The idea of a news organization giving money to a political party might sound shocking, but it’s old news, says Dave Leventhal with the Center for Responsive Politics.

Dave Leventhal: Ultimately, when you look at CNN, MSNBC and Fox News, to some degree, they have all involved themselves in the political game.

General Electric, owner of NBC; ABC’s parent company, Disney; and Viacom, which owns CBS, have all given thousands of dollars to political parties this year. But none of those donations made headlines.

Ken Doctor is the author of Newsonomics. He says this is no ordinary donation.

Stephen Colbert: The sizzling “will they or won’t they” flirt-fest between Fox News and the Republican Party. They’ve always played it so coy.

Colbert’s take on the million-dollar donation?

Colbert: They put a ring on it!

But why would News Corp give that “ring” to the Republican Governor’s Association? Why not to congressmen or the national party? Influence, says Larry Sabato. He directs The Center for Politics at the University of Virginia.

Larry Sabato: There have never been 37 gubernatorial elections in one November, and you have a massive number of open seats, which means that a majority of the governors will be freshmen.

And when there’s no incumbent, money can have a bigger impact on an election. Sabato says the Governor’s Association is also enormously influential in Washington and not to shabby when it comes to producing presidential candidates.