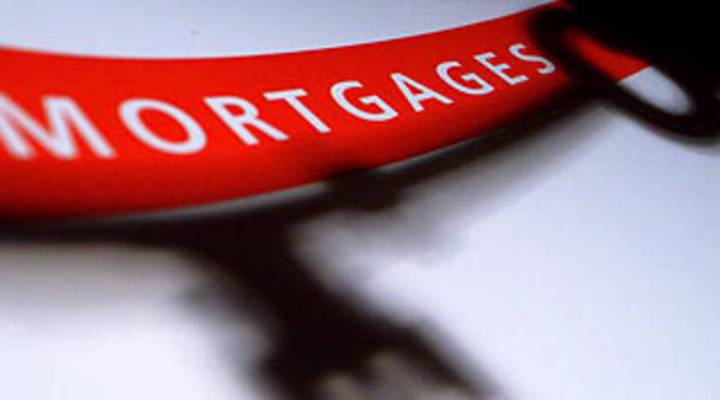 Kai Ryssdal: I am not, contrary to what you’re about to hear, a paid spokesman for the National Realtors Association. But if you can afford it and if it makes sense for you, there might never be a better time to buy a house. Thirty-year fixed rate mortgages today are going for less than four and a half percent. That’s practically free money. Yet, the housing industry’s still stuck.

To find out why and to find out what it all means, we’ve got Tess Vigeland here with us, she’s the host of our personal finance show Marketplace Money. Hey Tess.

Ryssdal: All right. So mortgage rates at historic lows in the past couple of months, good thing, yes?

Vigeland: Well, for home owners, on the face of it, it certainly is an incredible opportunity. But people are not taking advantage of it.

Ryssdal: I hate it when you say that.

Vigeland: Yeah, you knew there was a “but” coming. Y’know, I think a lot of people are just still very unsure about what’s happening in the economy and in the stock market. We talked actually with quite a few Realtors from across the country a couple of weeks ago, and what they told us is actually that these interest rates are not playing into people’s decisions on whether they’re going to go out and buy a house. What is playing in is whether they feel good about the economy or whether they don’t. And if they do, then they’re going to be out at the open houses. If they don’t, then they’re worried about whether their job is safe. And you’re certainly not going to go out and make the biggest purchase of your life if you’re not feeling comfortable about the world.

Ryssdal: When rates go down, you can afford more house. Is this affecting home prices at all?

Vigeland: It is, actually. A few months ago, you kinda started to hear that we had hit bottom in the home prices. And in some of the hardest hit housing markets, including here in L.A., prices were starting to go up again. That coincided with the end of the home buyer tax credit, so folks thought, “Hey, you know, I better jump in.” This was around March, April. Now, yet again, with talk of a lot more pain to come in the economy, they’re thinking, “Hey, maybe prices are going to go down again. Maybe there’s another floor to hit.”

Ryssdal: We were talking before we went on the air and you mentioned that something like three-quarters of all the mortgage applications that are out there are re-fis, are people refinancing their mortgages. Who are they, I mean where does that play in?

Vigeland: Well, you have people who are refinancing, who are in really good shape with their mortgages — no chance of foreclosure or anything like that — they’re just looking to take advantage of lower interest rates. Then you have folks who are trying to, perhaps, get out of some of those funky mortgages that they were given a few years ago — interest-only, 5/1 ARMs, that sort of thing.

But I put in a call to the Mortgage Bankers Association to figure out which of these was more prevalent. And they said actually most of the people refinancing now are simply borrowers looking to take advantage of these low interest rates. Anyone who wanted to get out of one of those strange mortgages before has kind of already done that, because actually, rates have been very low for about a year.

Vigeland: It never works. And you know, if you’re waiting for prices to hit absolute bottom, number one, you’re not going to know that until after it happens, right? And number two, you can get a mortgage now for 4.5 percent. If you have a down payment, good credit score and money for all the costs that come along with owning a house — what more timing do you need?