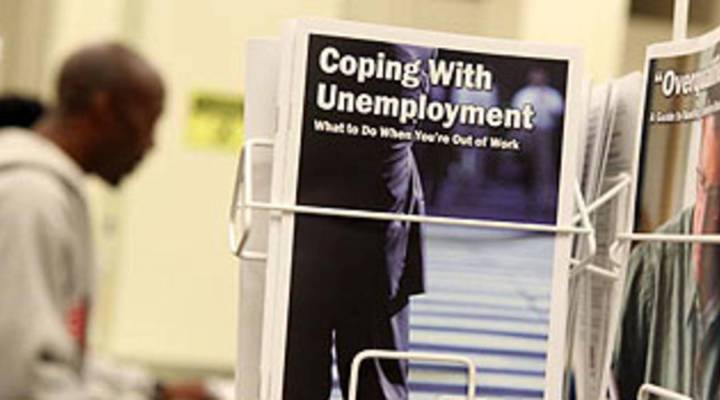 Kai Ryssdal: Sadly, it takes about a sentence to sum up this morning’s unemployment report: The economy lost more jobs then expected last month and added fewer. The numbers go something like this: Only 71,000 positions were created by the private sector in July. The government let a whole bunch of census workers go, and Washington wasn’t the only one laying people off. State and local governments cut 48,000 people. Those kidns of layoffs have been happening for a couple of years now at the state and local level and has big implications for the rest of the economy.

Stacey Vanek Smith: Over the last year and a half, local governments have laid off more than 250,000 people. Another 250,000 are expected to lose their jobs over the next year and a half.

Chad Stone is with the Center on Budget and Policy Priorities.

Chad Stone: Unlike the federal government, which can run a budget deficit, states have balanced budget requirements, so that when the economy turns weak, they’re required to find ways of bringing their budgets back into balance.

State and local governments are the largest employers in the country. To balance their budgets, they’ve cut back police, transit agencies and education.

Perceta Tuggle: I received my notice on June 16.

Perceta Tuggle was the principal of a school in Jackson, Miss. She was laid off along with more than 100 colleagues after her state’s education budget was slashed.

Tuggle: Our directors worked together to name some number that would be cut. My people told me, “Tuggle, your name is on the list.” And, as it turns out, it was.

Meanwhile, the budget gaps keep growing. States are expected to be $140 billion in the red next year.

Economist Mark Zandi has been traveling the country consulting with local governments about their budget issues.

Zandi: State and local government’s tentacles run deep into the economy. This is one of the most significant threats to the fragile economic recovery.

Zandi says a bill in Congress now would pump $26 billion of federal money to states. But, he says, what’s really needed is a recovery in the private sector that would create jobs and tax revenue.