Study: Lack of confidence has impact on handshake

Study: Lack of confidence has impact on handshake

Bill Radke: There’s a maxim in the business world that a proper handshake can help seal a deal. But a recent survey suggests two-thirds of us lack confidence when it comes to shaking hands. The BBC’s Rebecca Singer reports from London on new research into the perfect handshake.

Rebecca Singer: A mathematical formula identifies 12 things that determine the quality of a handshake. Things like damps hands, the strength of your shake and whether you use eye contact. General Motors wanted to research the handshake to teach Chevrolet dealers in the U.K. how to do it right.

Geoff Beattie is a professor at the University of Manchester. He says the art of the handshake can actually be a science:

Geoff Beattie: A good handshake at the start of, for example, an employment interview effects directly the outcome of the interview. They make a judgement about how trustworthy they are, the kind of personality they’ve got, how nervous they are. So we make a whole series of judgements on the basis of it.

So in order to get it right, follow these three top tips: use a complete and full grip, shake three times, and most importantly:

Beattie: Smile with your eyes and let that smile fade slowly. Show that you mean it.

According to Beattie, more than half of us have been on the receiving end of a bad handshake in the past month. 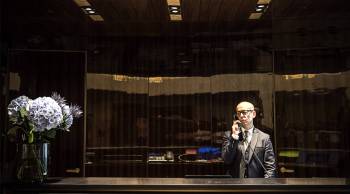 Concierges thrive as their realm expands into everyday life tasks