Dealership closures too fast, too soon?

Dealership closures too fast, too soon?

Kai Ryssdal: It’s been a little over a year now since General Motors and Chrysler made their way out from their speedy bankruptcy proceedings. In all the push to trim down and cut costs last year, the White House pushed both automakers to shut down dozens and dozens of dealerships. That decision is the subject of a new report from the TARP inspector general this morning — the guy who’s job it is too keep an eye on the Troubled Asset Relief Package, the bank and car company bailout package. The report says closing the dealerships may have been right. The way it happened was all wrong, though, and cost the economy jobs and confidence.

Alisa Roth: When GM and Chrysler decided which dealerships to shut down, they looked at factors like how many other dealerships there were in an area and how many cars they were selling.

Kim Hill works at the Center for Automotive Research where he looks at the relationship between communities and the auto industry. He says there should have been a lot more to the equation.

Kim Hill: There’s this whole issue of how these dealers more broadly impact the local region. There’s a public side to the role the dealership plays in a community.

Michael Smitka is an economics professor at Washington and Lee University. He says the car dealer business has been getting smaller for decades. And rather than forcing dealerships to close, they could’ve just let the attrition continue.

Michael Smitka: Letting nature take its course would have been a much better way of handling it.

The Barofsky report says the government should’ve found a way to let more dealers survive, or at least hang on for longer. Smitka says that misses the point.

The Treasury Department says it had to act, and quickly. If Chrysler and GM had gone under, the economy would’ve lost hundreds of thousands of jobs across multiple industries. And though there might be criticism of the technique, one thing is true: Both GM and Chrysler emerged from bankruptcy as stronger companies. 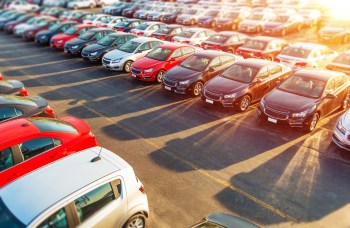