Tess Vigeland: If you can’t take the heat, get out of the restaurant business, ’cause it is a scorcher. A recent study out of Ohio State found three out of every five restaurants around the country fail within three years. So chefs are getting a little creative. You’re probably familiar with the food truck craze — who needs square footage when you’ve got wheels! And now some enterprising chefs in the Bay Area have found another way to go mobile.

April Dembosky: It’s Wednesday evening in a rundown industrial neighborhood of Oakland, Calif. Hundreds of people file into an old brick building that used to be a trolley car garage. But on this night, it’s the site of the Bay Area’s latest foodie craze, a kind of a farmers market for specialty gourmet food called the “Pop-Up General Store.”

Tracy Neilsen:I’m not going to say this too loud, but I came with nothing but an appetite and a wad of cash.

Tracy Neilsen and her friend Devon Fennemore braved 20 miles of rush hour traffic to get here. They elbow their way past tables of duck confit, handmade rigatoni and carrot cupcakes with goat cheese frosting. They stop at the table of chef Chelsea Pence and sample her maple-bacon shortbread cookies.

Neilsen: Nice texture, soft, yet moist. Oh, and the saltiness of the bacon and the sweetness of the maple. Oh, wait for it, praline.

Devon Fennemore: Mmhmm. It’s like breakfast in my mouth.

A few days before this installment of the Pop-Up Store, participating chefs posted a list of items they’d be making. Customers placed orders online, and came here to pick them up. Organizers say this direct-to-consumer model is helpful for young chefs looking to make a name for themselves in the food industry.

Samin Nosrat and her business partner Christopher Lee started the Pop-Up last winter. They were mourning the closure of their high-end Italian restaurant, and trying to figure out what to do next.

They imagined a venue where chefs could bypass restaurants altogether. Their first pop-up in January brought out a couple chefs and a handful of patrons. Now it draws dozens of cooks and hundreds of people.

Nosrat: This is a brilliant scheme for creating new business, because it’s really low financial investment for us, and it’s really low risk and from time to time we can really accurately gauge what the response is and change things.

That’s been Chelsea Pence’s experience. She scrapped her walnut maple caramels after customers gave them the thumbs down. Now, she’s focusing mostly on her salty-sweet treats.

Pence: I mean, the business has just, I don’t even know, it’s gone through the roof, it’s just crazy.

Pence has a full-time job as a cook at a Berkeley restaurant, but she thinks she’s getting more of a career boost from the Pop-Up Store.

Pence: A gentleman from Modern Coffee came in today, which is a brand new coffee shop that opened in downtown Oakland, he wants to sell my biscotti at his coffee shop. So slowly but surely things are picking up, and I’m going to have more outlets than just here to sell my baked goods.

It’s all part of her master plan, to build a name and attract investors so she can one day open her own business. 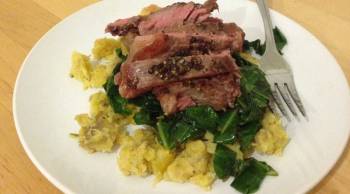 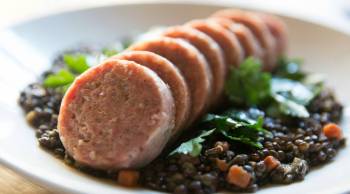