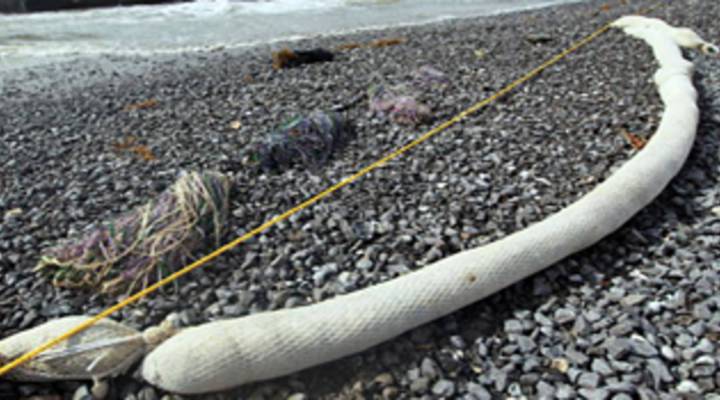 BP optimistic it can fix oil well by July 27

BP optimistic it can fix oil well by July 27

Stacey Vanek-Smith: The Obama administration goes to court today to try and keep the six-month ban on deepwater drilling in place. The president says it will help make sure another oil leak doesn’t occur. The court will also hear from oil companies who say a blanket drilling moratorium is too broad.

And a report in today’s Wall Street Journal says BP now thinks it can stop the oil leak by the end of the month — weeks ahead of schedule. Joining me live now to talk about this newfound optimism is our own Nancy Marshall Genzer in Washington. Good morning Nancy.

Vanek-Smith: Nancy, this morning’s report says BP is trying to get the fix in place by July 27 specifically. Why July 27?

Marshall Genzer: Yeah, not a coincedence here. BP would like to have some good news for investors, but a BP official told the Journal that July 27 may only be a realistic goal in a perfect world. If there’s a hurricane near the leaking well, all bets are off.

Vanek-Smith: Right. Well, assuming that it is a perfect world, if they do get the well capped by July 27, what would that mean for BP> Is it going to ease investors’ minds?

Marshall Genzer: It could, especially if BP’s stock price goes up. But that would probably just be a blip, because there’s another gusher BP is nowhere near capping, and that’s its legal liabilities. The lawsuits are just piling up, Stacey. I talked to Chris Skrebowki, he’s an economist and oil industry analyst at Peak Oil consulting:

Chris Skrebowski: It will ultimately be in the company’s interest to try and get some sort of control on this so that absolutely everyone in the southern states of America doesn’t sue them.

Now there are other costs for BP. BP has already committed $20 billion toward a fund for clean up and other costs from the spill. So far it says it’s spent $3 billion on clean-up costs.