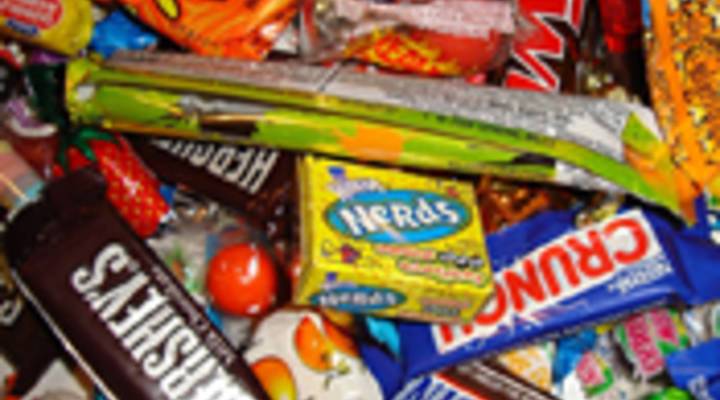 Stacey Vanek-Smith: A study just out from the University of Illinois found kids are exposed to more junk food ads on TV than they were five years ago. Obesity, of course, has become a major concern in this country. L.A. Times consumer columnist David Lazarus offers up his own modest proposal. Good morning, David.

Vanek-Smith: So David, you had a solution to the obesity epidemic that you proposed in your L.A. Times column last week. What was that?

Lazarus: It’s pretty simple, actually: Let’s substitute tobacco for junk food when we think about regulation. And by that what I mean is, we already have very effective measures to address the tobacco problem. And in fact, we brought the smoking rate down from nearly 50 percent among adults to 20 percent because of these steps that we take. All I’m saying is apply the same thinking to junk food and maybe you can bring the obesity rate down as well.

Vanek-Smith: And what reaction did you get for this proposal?

Lazarus: Well the phrase “food nazi” has resonated a number of times in my e-mail inbox.

Lazarus: And also “communist”, “socialist”. People feel very strongly when you tell them what can and can’t go into their mouths, but that’s not what I’m saying — I’m not saying you ban sugary beverages. I’m just saying if you treat it like tobacco, you will disincentivize. Not only will you limit the marketing, limit the sponsorships and hopefully limit the access that kids will have to a lot of this. Because health experts say it’s all about the external cues: If you are exposed to external cues to eat this stuff, your body naturally says, “Oooh, sugar! Oooh, fat, salt! I want that.” So you cut that down and then also put taxes in place that would then be applied to wellness programs, just like we do with tobacco.

Vanek-Smith: What has the industry response been to this kind of suggestion?

Lazarus: You know what, they don’t like it, it turns out.

Lazarus: In fact, they are circling their wagons as we speak. Most of the attention so far has been on soda taxes, one of which just got defeated in New York. The industry says, look, we have to fight these things, we’ve got to do everything we can to work together to oppose them. Well of course that’s what they say. One recent study found that if you increased the price of soda, the consumption would fall off precipitously.

Vanek-Smith: David Lazarus is the consumer columnist for the Los Angeles Times. David, thank you.

Vanek-Smith: Write us and tell us what you think of David’s plan. That’s at letters@marketplace.org.