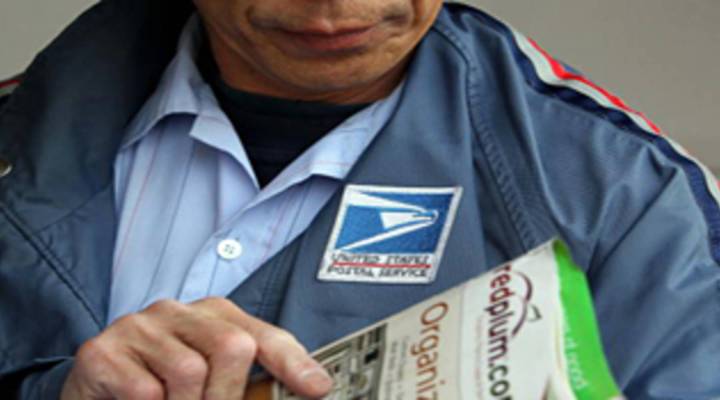 Stacey Vanek-Smith: The post office is holding a briefing today. It says it needs to raise its rates. It also wants to eliminate Saturday delivery. The postal service says it’s been hit hard by the recession, which has eaten into junk mail advertisements — and, of course the Internet has long been eroding its business. Our own Nancy Marshall Genzer joins us live from Washington, D.C. to talk about this with us. Good morning, Nancy.

Vanek-Smith: Nancy, what is the post office saying about all of this?

Marshall Genzer: Well as you mentioned, postal officials have scheduled a briefing for today. They’re going to talk about the amount of the increase. They say look: The price of a first-class stamp hasn’t gone up since last year, it’s still 44 cents. They say they need to raise rates and cut Saturday delivery to save money. The postal service has lost almost $4 billion during the last fiscal year, and that is despite cost-cutting and the elimination of 40,000 full-time jobs.

Vanek-Smith: Hmmm. How is this likely to impact the businesses that rely on the postal service?

Marshall Genzer: Well it’s kind of a mixed bag. On the one hand, you have the CEO of Hallmark telling The New York Times that postal service would lose business if it raised prices and stopped delivering mail on Saturdays. But then you have the top guy at Netflix saying he could live with mail delivery five days a week — he says just don’t raise prices. And there’s another group of businesses and charities that depend on the postal service, and they formed a group called the Affordable Mail Alliance. And they say if they have to pay more to send out ads and letters, they’ll have to cut jobs to make ends meet.

Marshall Genzer: Well the request for a rate increase goes to the Postal Regulatory Commission, and that commission will start hearings on the increase next week. And Congress would actually have to approve the elimination of Saturday mail delivery, and so far there doesn’t seem to be a lot of support on Capitol Hill for that. Some members of Congress say the post office should actually market its Saturday delivery so it could compete more with delivery companies like FedEx.