Radke: Richard, the economic signs seem to be getting more ominous. How foreboding is this private jobs report?

DeKaser: Well, I think what it does, Bill, is it confirms what we’ve seen in a variety of different places — housing, consumer spending have each been showing signs of weakness. And now we see that tipping over into the labor market and probably the expiration of tax credits is why we’re seeing this.

Radke: So here’s what I want to know — Congress is having an argument about this right now. Is unemployment so bad that it’s worth the government going into even more debt to extend employment benefits again? Does this news settle this question?

DeKaser: I think it does. I was convinced before today’s report. What’s clear is that the economy — though it continues to expand — is not on firm ground, still requiring support from various forms of government stimulus. There is no better stimulus than giving benefits to unemployed workers. They spend virtually every dime they can get their hands on. So that’s probably the best way to be sure to provide funds that do directly support economic growth. 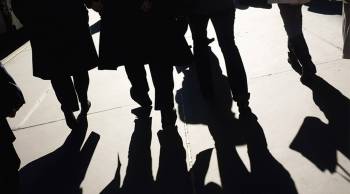