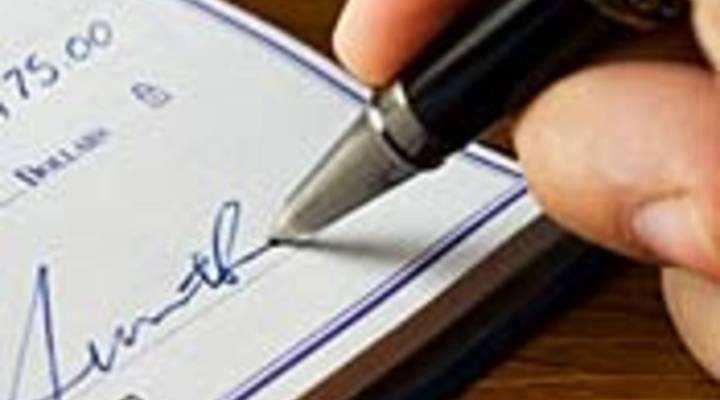 Banks aim to make up for lost fees

Banks aim to make up for lost fees

Bob Moon: If there’s one thing we’ve learned about banks, it’s this: If they lose the ability to collect fees in one place, they’ll make it up somewhere else. The latest somewhere else might be your checking account. With new credit card reforms cutting into overdraft draft charges and credit card fees, more banks reportedly have plans to scrap free checking.

Marketplace’s Stacey Vanek-Smith checks it out.

Stacey Vanek-Smith: Big banks are likely to start charging customers between $10 and $20 a month for checking accounts.

Wharton School banking professor Ken Thomas says this is all about banks making up for lost fees and defaults by consumers who couldn’t make their loan payments during the recession.

Ken Thomas: And this will cost them more And, of course, as we know, they will pass the cost on to us. That’s just the way it is.

Thomas says new regulations will cost banks more than $20 billion a year, and fees are an easy way to make up for lost money.

Fees for things like paper statements or using your card overseas. But banking products analyst Ron Shevlin says the new checking account fees aren’t an end in themselves. Many banks will use them as an incentive to get customers to sign up for more stuff.

Ron Shevlin: As we’ve talked to banks in terms of how they are planning to cope with the projected loss in revenue, many of them say that they’re looking to compensate for that loss of revenue by broadening the relationship with customers.

So, customers who take out a loan, open an investment account or sign up for a credit card won’t have to pay for their checking account. Wharton’s Ken Thomas says this is just part of the natural cycle of banking — free today, fee tomorrow. When times were tight back in the 80s, Citibank tried this.

Shevlin: Charging people to use human tellers instead of automated tellers. So they had a special line that if you were going to use a human teller, you would pay a transaction fee.

Human tellers, do they still have those?