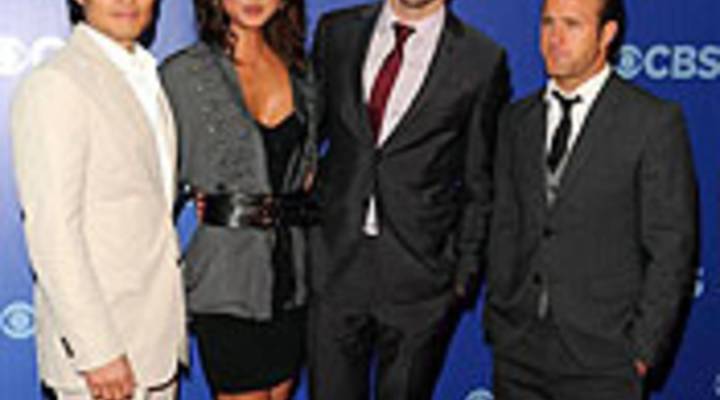 Big networks sell $9b in ads at upfront

Big networks sell $9b in ads at upfront

Television’s annual sale-a-thon is finally wrapping up, the upfronts they’re called, when the networks unveil their schedules for next season and advertisers buy up commercial time. This was a good year, especially when you consider that there’s a lot more competition for our attention and all those TiVos make it easy to whiz past those ads.

We haven’t seen the shows yet, but the big networks already consider next season a hit. CBS, ABC, NBC, Fox and the CW sold roughly $9 billion worth of ads during the upfronts. That’s up 25 percent from last year.

Bill Carroll is with Katz Television Group. He says part of the reason this year looks so good is that last year was so bad.

“It’s the worst year since I’ve been in the business, and you know, I’ve been doing it over 30 years,” he said.

One of the biggest buyers of TV ads, car companies, weren’t buying. But Carroll says they’re back in the mix, the economy’s looking stronger and shows are looking good.

“I think it’s a combination of two things — optimism in the marketplace and exciting schedules — are going to deliver a pretty good upfront,” he said.

Carroll says advertisers were high on new shows like Fox’s “Ride Along” and some revivals, like the new “Hawaii 5-0” on CBS.

Greg Kahn is business development director for Optimedia, a company that buys ads. He says it’s a good climate for advertisers: When the economy shifts, consumers change their habits and companies can snag new customers.

“Advertising has been proven to work not only when times are good, but it’s a great time to reinforce your message with consumers in a recessionary environment as well,” Kahn said.

And Kahn says network television is still the best way to reach the biggest audience.