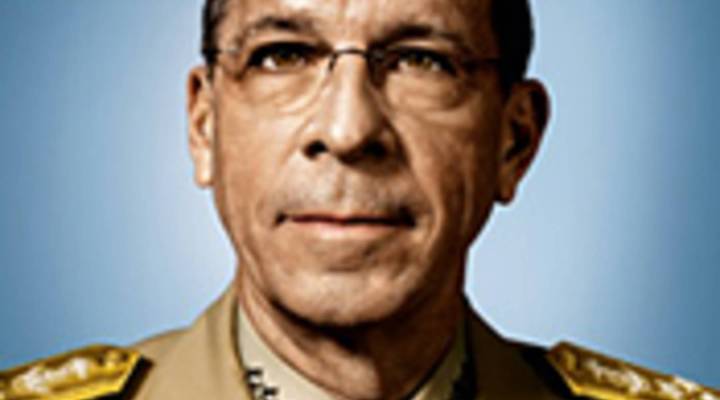 Vanek-Smith: You make the point that if it were a business, the military would be the largest business in the U.S. How has it been run up until now that would make it different from the way that, the second-largest business I think was Exxon, is run?

Chu: I don’t think that the military has always been as cost-conscious as many of our private sector businesses. For instance, when one brigade has a helicopter, they see that as their’s. And while I was traveling with Admiral Mullen, he talked with some junior army officers, and he said to this group of people, “That’s not your helicopter, it’s our helicopter.” And this to the rest of us might seem like something we learned in kindergarten, but in a very hierarchical organization with a lot of silos, it’s kind of bracing to be told, “That’s not your toy — it’s everybody’s.”

Vanek-Smith: If I remember this right, though, Mullen does not plan on cutting back on equipment for the military. In fact I think he wanted to build more ships.

Chu: I think Mullen’s attitude is we have to use the resources we have in a smarter way. It’s not necessarily about more, it’s about better use, better deployment and more efficient sharing.

Vanek-Smith: How will his approach change the military? I mean as you mentioned, he’s tweeting, he has a Facebook page — this is really not the way that we traditionally think about the military.

Chu: I see you’re seeing a lot more thinking about communications issues and strategic issues in a different way, especially among younger officers. He’s really aware of the fact that for the most part, the people serving in the military are quite young, and what he’s trying to do is to tap some of the strengths they have and bring their skills to a higher profile more quickly.

Vanek-Smith: So Jeff, what kinds of things does Admiral Mullen tweet about?

Chu: Up to this point, he’s mainly been tweeting about military stuff. He spends a lot of time with wounded warriors, so he tweets about his visits to hospitals. The new social media policy does say that he should be tweeting more about personal stuff, so we may learn, for instance, more about his love for In N’Out burger.

Chu: I joined him there for a meal with him and Mrs. Mullen, and he loves the strawberry milkshakes, so I anticipate a shout-out to In N’Out in the future.

Vanek-Smith: Jeff Chu is articles editor at Fast Company, he’s the author of the May cover story on Mike Mullen. Jeff, thanks for joining us.

Chu: Thanks so much for having me.