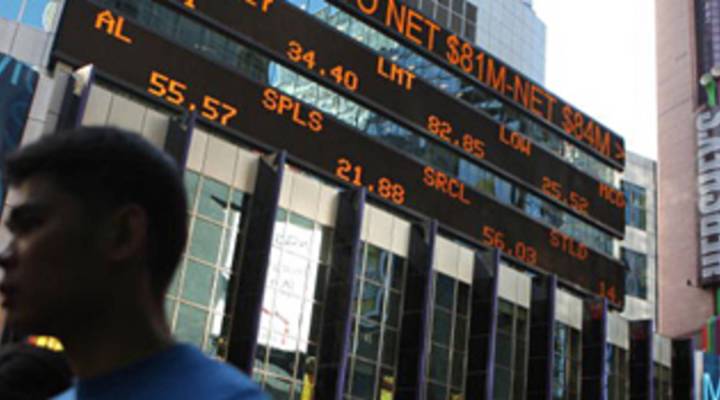 Markets look ahead after Dow plunge

Markets look ahead after Dow plunge

Stacey Vanek-Smith:: A lot of drama on Wall Street yesterday — that was the biggest intra-day drop in history for the Dow. This morning, lots of speculation a technical glitch may have caused that precipitous plunge. Here to explain is our own Brett Neely coming to us live from Washington, D.C. Good morning, Brett.

Vanek-Smith: So Brett, what kind of glitch are we talking about?

Neely: Well I mean, think about it like this: a trader sitting at their desk somewhere and adds too many zeros to their orders or buys instead of sells. And the chaos really comes because there’s so much automated trading out there. Those computer programs spot the large trade, see the price swing, and then go crazy buying and selling. So you know, that’s basically how it works.

Vanek-Smith: Like the “oops heard round the world.” How often does this kind of thing happen?

Neely: Not too often, but often enough that these things are known as “fat-finger” trades. As in “my fingers are clumsy and I hit the wrong key.” Back in 2005, a Japanese trader wanted to sell one share of a company and ending up selling over 600,000 by accident. It cost the firm $350 million. A few years before that, a British trader was confused about whether the stock of a company was trading in pounds or euros and accidentally sent the share price up 61 percent.