Analytics: It’s taking over my life!

Analytics: It’s taking over my life!

Kai Ryssdal: The National Basketball Association playoffs start tomorrow. Fans, of coures, will be most interested in final scores, who wins and who loses. More detailed, you might say, observers are going to want to delve more deeply into other statistics.

But commentator and our former colleague Kevin Arnovitz says that has its downsides.

Kevin Arnovitz: About 18 months ago, I left Marketplace to cover the NBA for ESPN.com, and it seemed like a radical move at the time. Behavioral economics, credit default swaps and commercial paper have given way to the three-pointer, the blocked shot and late game heroics.

Only, that’s not exactly how it’s played out. Turns out the NBA is like every other global enterprise these days: Analytics are taking over.

Many of the age-old assumptions we have about pro basketball simply don’t stand up to the empirical data. For instance, average points per game has long been the gold standard when approximating a player’s value. But that stat is now being replaced by smarter metrics that measure a scorer’s “efficiency.”

Forward-looking teams have hired MBAs and statistical analysts to answer questions about the game that seemed like riddles just a few years ago. And these early adapters? They’re winning far more basketball games than the teams who have yet to hop on board.

As someone who writes about this trend, I’ve immersed myself in the NBA’s analytics movement. I spend a ton of time filtering these new stats. And the reality that the unknowable has become knowable has started to affect my everyday life in some really weird ways.

Like, I can’t go to the grocery store anymore without measuring how much time the presence of a bagger can shave off the checkout process. I always felt it was negligible, but now I’m worried I was wrong all along! Or my Saturday morning tennis game? My opponent often charges the net. Should I hire a kid to chart whether I’m better off going with a lob or a passing shot? Or the value of waiting to make a left turn with no arrow into my neighborhood versus going a block out of the way to avoid the backup altogether. I’ve started to rank friends on a punctuality index.

The list is inexhaustible and exhausting. But the tantalizing fact that almost everything in life can be quantified — basketball, traffic, even friendship — is irresistible. 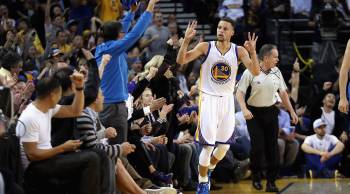