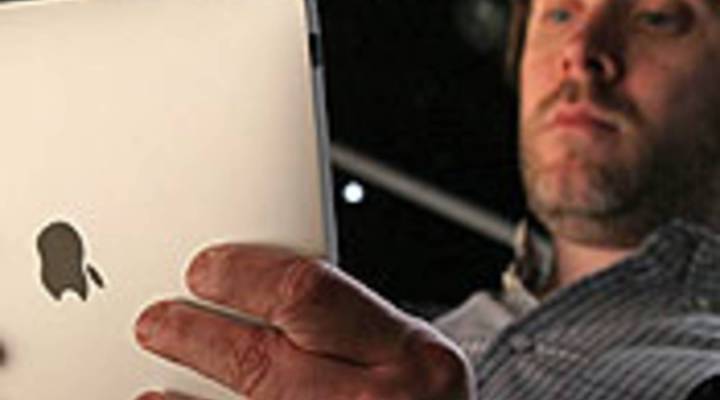 Bob Moon: Whenever Apple CEO Steve Jobs holds a press event, it’s always, well, an event. Today he unveiled — wait for it — a new iPhone operating system! It can run dozens of applications at the same time.

Jobs also announced that consumers have snapped up 450,000 iPads since Saturday. What he didn’t mention is how Apple has been in a frenzy to fix the iPad’s Wi-Fi problems. As in, users are complaining they can’t connect — or stay connected — to the Internet.

Now, this is Apple’s biggest release in years. And you might have thought the company would catch this kind of glitch before it went on sale.

So we asked Marketplace’s Stacey Vanek-Smith to find out how this could happen.

STACEY VANEK-SMITH: Call it the curse of the early adopter. Every time a hot new gadget hits the market, it seems there’s a big problem the manufacturer missed.

CARL HOWE: I, for example, had a problem with my iPad this morning.

That’s Yankee Group analyst and proud new iPad owner Carl Howe. He’s had some problems with his iPad’s Wi-Fi connection dropping out. He says, this is inevitable for an innovative product like the iPad.

HOWE: Any time you’re doing something really new, not in just one dimension, but in several dimensions, where you’ve got new hardware, new software, new user interaction, then you’re going to have more problems.

So why don’t companies catch big glitches like these?

Rene Ritchie is with TiPb.com. He says, it all comes down to cost-benefit.

RENE RITCHIE: They decide how much money they can spend on testing versus how much money it will cost them to fix problems later and whenever they start to cross that line, that’s where they stop.

But Ritchie says Apple has more of these problems than most companies. He says that’s partly because Apple is so secretive. Companies like Microsoft put a product out months before a launch. So select users can try it out and report problems. But not Apple.

RITCHIE: Apple’s got a completely different culture, and they market based on that kind of a culture. They don’t do beta testing, they don’t let the public even see it before Steve Jobs puts sneaker to stage. I think that kind of compounds the problems for them when it does hit the market.

It also compounds the hype. Yankee Group’s Carl Howe estimates Apple will sell more than three million iPads this year. And it’s already got a fix in the works for those Wi-Fi glitches.