More From This Show
0:00 / 0:00
Help us end the fiscal year strong. Donate by June 30. Give Now
Marketplace Scratch Pad

What did the year 1985 give us? Let’s see — the Miami Vice theme, New Coke and the marriage of Billy Joel and Christie Brinkley. So perhaps it’s true that “1985’s most lasting contribution turned out to be three letters and a punctuation mark.” Today’s the 25th anniversary of the .com domain.

The first .com was registered on this day in 1985 by Symbolics computers of Cambridge, Massachusetts. Only four other companies registered a .com that year.

The one millionth .com wasn’t registered until 1997. Today, there are 84 million of them.

The .com domain was originally managed by the U.S. Department of Defense.

81 percent of Americans visit at least 5 .com sites a day.

Still, less than a third of the planet uses the Internet – about 1.6 billion people.

Wired reflects on the anniversary:

In those early days, even before AOL, the internet was a noncommercial medium that only eggheads and propellerheads used. It was more of a military and academic tool than today’s vast playground, time suck and, for some, golden goose now central to everyone’s waking moments.

The website www.25yearsof.com is celebrating the occasion with events and awards. A panel of judges will choose the “.com 25” — the 25 people or companies whose contributions were fundamental in shaping the Internet. Read the A-Z list of nominees here (Al Gore to Zappos):

Jack Haverty, another Internet pioneer who was at MIT at the time, said they weren’t really thinking about business when they were developing the top-level domains. “I think .com originally was derived from “company” rather than “commercial.” The. com’s weren’t thought of as “businesses” in the sense of places that consumers go to buy things,” he wrote in an email. “They were companies doing government contract work. The Internet was not chartered to interconnect businesses – it was a military command-and-control prototype network, being built by educational, governmental, and contractors.”

It became just a tad more than that. The Internet’s vast reach has made us more connected and more isolated at the same time. It has made us more efficient and possibly lazier. It has created and destroyed (or severely warped) entire industries. The Internet is full of contradiction, kind of like that other world wide web — life itself.

What would you say are the best and the worst repercussions of the Internet? 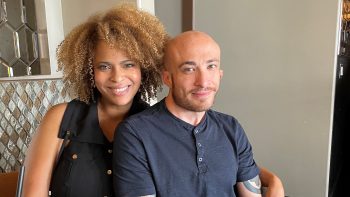