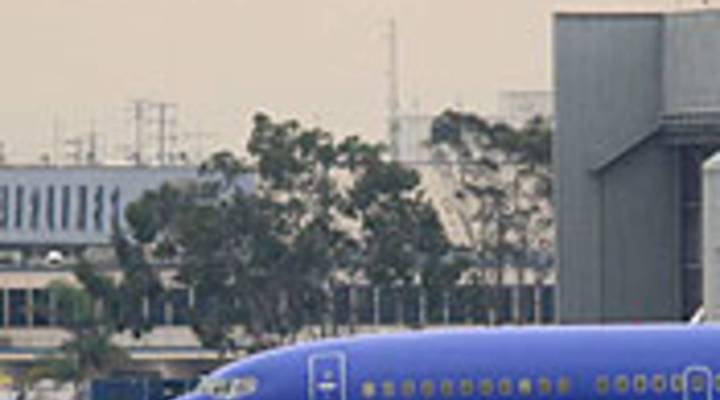 Kai Ryssdal: International aviation’s not doing so badly as the world economy slowly bounces back. The industry’s main lobbying group said today that total losses are going to be about $3 billion, a lot of money, but half of earlier guesses. American carriers are doing their part to be profitable.

A new rule from the Department of Transportation is going to go into effect next month. It’s going to slap huge fines on airlines that keep passengers waiting on planes for more than three hours without giving them a chance to get off. It sounds great, obviously. But airlines say it’s going to have all kinds of costly consequences. For passengers.

STACEY VANEK-SMITH: Airlines that keep passengers on the runway for longer than three hours will face fines of more than $27,000 per person. On a big plane, that could add up to millions.

David Caselveter is with the Air Transport Association, which represents airlines. He says carriers will just cancel flights if there’s a bad storm coming or a really long line for take-off.

DAVID CASELVETER: Rather than take the chance of a pretty hefty fine, carriers will proactively cancel those flights.

The Department of Transportation came up with the fines in reaction to a spate of cases a few years ago, when some passengers were stuck on planes for as long as 11 hours.

Industry consultant Mike Boyd says the airlines are usually not to blame for the delays.

MIKE BOYD: This makes DOT seem like they’re really standing up for the consumer, but when we do have airplanes stuck, 90 percent of the time, it’s because we have an air traffic control system that the Department of Transportation hasn’t upgraded in the last 30 years.

RICHARD ABOULAFIA: Going back to the gate, deploying stairs and getting them off the plane and back to the terminal. And that does create disruptions in the schedule and of course, that means higher operating costs.

Aboulafia says canceling a flight is also expensive, so don’t rule out that two hour and 59 minute wait on the tarmac just yet.