Not everyone likes the beetles’ sound

Not everyone likes the beetles’ sound

Steve Chiotakis: Over the last two decades, bark beetles have trashed millions of acres of forests from Alaska to Southern California. In some areas, the beetles have damaged tourism and logging industries, too. Now Arizona researchers believe they may have found a way to stop the bark beetle. Laurel Morales has the story.

Laurel Morales: Reagan McGuire is a 56-year-old college student at Northern Arizona University. He made his living driving trucks cross country and hustling pool along the way. But now he works as a research assistant with an unorthodox way of thinking compared with other scientists.

Reagon McGuire: A lot of them are locked in on specific ways of thinking. And I come along and I’m not burdened by a box. I don’t know. So that gives me the freedom to look, to explore.

And explore he did. After doing some reading an idea struck him: To chase the bark beetles out of the trees, why not use a military crowd-control technique — one that emits powerful pulses of sound?

He persuaded Richard Hofstetter to help him research the idea. Hofstetter is a beetle expert at Northern Arizona University.

Richard Hofstetter: Most of the knowledge we had of bark beetles and their control was a use of chemicals. And it got me thinking that we’re only looking at one of the many senses that they have.

With the go-ahead from Hofstetter, McGuire started with the most intense and annoying sounds he could imagine. For him, that was Rush Limbaugh backwards.

McGuire also tried blasting music from Guns and Roses, but none of it had an effect. So then they tried playing sounds of other bark beetles.

After six years of studying the beetles, the researchers discovered if they tweaked the volume and pitch of the sound, they could incite a reaction. The breakthrough came when they observed a mating couple react to the sound of an aggressive male.

McGuire: In this situation, the male is continuing to be aggressive and eventually chews through the female. So he no longer thinks of her as a mate, but as an intruder.

And it’s not just about getting beetles to eat other beetles. Hofstetter and McGuire have also manipulated beetle sounds that are so annoying they’ve driven the bugs to chew through Plexiglas to escape.

To find out which sounds work best, the researchers plan to go out into the field and test their findings on large stands of trees. If it’s effective, they hope to eventually use this technology to chase termites out of homes. 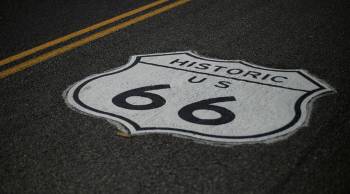 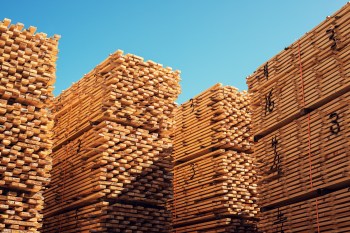