It could be the end of a skyscraper era

It could be the end of a skyscraper era

Steve Chiotakis: Old, empty office towers are a problem in many city centers nationwide. The vacant skyscrapers are another casualty of the recession, and in Texas, the city of Dallas isn’t immune. About 10 large downtown buildings are dark. Kate Archer Kent of Red River Radio has a look at the most recent closure.

Kate Archer Kent: When attorney Michael Vernone signed a five-year lease last August, he says there was no sign that the 52-story Elm Place would close last month. He and his partner had built up their law practice at Elm Place for more than a decade.

Michael Vernone: It suited our needs beautifully. It had the right presence for the people that came to see us.

When Elm Place’s largest tenant, Bank of America, moved out last year, it was the final blow for a skyscraper that had faced recent competition from newer downtown buildings and companies migrating into the suburbs. When word spread that Elm Place would be shuttered, Vernone says, commercial real estate brokers went on the prowl.

Vernone: We were just absolutely inundated with brokers representing other buildings trying to get us to come over and move. And people just literally walking into our offices unannounced. “Hey, we hear that your building is in trouble.”

When Elm Place opened in 1965, it was the tallest skyscraper west of the Mississippi. With its dark gray glass and soaring white marble slabs, it was a posh address for Dallas banks, brokerages and oil companies. But now, Elm Place makes up a big chunk of the nearly five million square feet of vacant downtown real estate.

Jack Gosnell: Maybe as much as 35 or 40 percent of that will never be occupied again.

Commercial realtor Jack Gosnell recalls many empty buildings during the 1980s savings and loan crisis. But this time is different. Even when the economy does rebound, Gosnell is doubtful that much of this real estate will be reopened. Gosnell has been working to redevelop downtown Dallas for a decade, and he says buildings like Elm Place are past their prime.

Gosnell: Technology is moving at such a clip that a building can become functionally obsolete in 40 years easily. It can be too expensive to operate without stripping it down and completely converting it to green.

And renovating these old buildings is very expensive. Gosnell says the asbestos abatement bill alone can be cost-prohibitive.

Gosnell: It’s easier to tear a building down sometimes and rebuild it.

No word yet on the immediate fate of Elm Place, but Gosnell remains hopeful that a huge tenant will come along and fill up the Texas-sized office space. 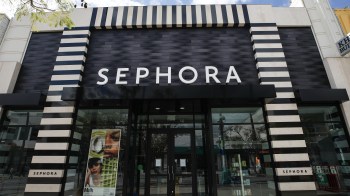