Steve Chiotakis: If you’re getting on a plane today, the odds are improving you’ll have wireless internet on your flight. But as Andrea Bernstein of member station WNYC reports, business travelers are still encountering a bumpy connection.

Andrea Bernstein: When you have wifi on a plane, you might try to use an Internet service to place a call like this one:

Abby Lunardini: My name is Abby Lunardini, and I’m the director of corporate communications at Virgin America, and we’re currently over Kansas City, flying at 34,443 feet.

Last spring, Virgin America began offering wifi on all its flights. AirTran does the same. American and Delta have about half their fleets wifi-enabled. Lunardini says offering wifi makes good business sense:

Lunardini: Last year there really was a softening in business travel traffic, and we actually didn’t see that as much.

Travel agents say they’re also seeing a demand. Blake Fleetwood says in the last several months, his business clients have started to change how they fly.

Blake Fleetwood: During the working hours, they want to be in touch Now that there there is wifi on planes they’re taking less and less red eye flights.

And despite the adage that planes are a passenger’s last sanctuary from a wired world:

Fleetwood: Pretty much they all want wifi, I would say 9 out of 10 of them want wifi.

Brian Solan does. He manages a team of 27 advertising sales people for a major internet company. During a United flight from L.A. to New York, he was constantly IMing his team, though he did complain about the connection.

Brian Solan: It’s very slow, and you know, it’s like waiting for dial-up without the initial beeps, right?

There’s another way he used wifi to stay in touch with those on the ground:

Solan: I’ve been able to use video camera with my wife and daughter at home.

Oh yeah. Even though Virgin America’s Lunardini and I did just that. You’re not really supposed to video chat. We broke the rules. If fact, the airlines try to block voice applications. And that is primarily to preserve the cabin environment, and to keep a quiet, restful cabin environment. Passengers want access to e-mail, Google, and Twitter — but they like quiet planes, too.

Lunardini: About 72 percent of them would like to keep it that way.

So you won’t have to worry about your neighbor doing an in-flight interview with a radio reporter. 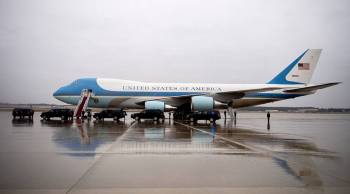 Are we on the verge of supersonic travel again?