Kai Ryssdal: We start our letters segment today with unemployment. Not people who are actually jobless, but with a group that until not too long ago was left out of the conversation about the labor market. The underemployed, people who have been laid off and can now only find part-time jobs, or fewer hours for less money.

Pam Gilchrist from Cincinnati, Ohio knows that topic all too well.

PAM Gilchrist: My husband was laid off last spring, and it took him six or eight months to find a new position, and the new position that he found pays about 50 percent less than it did previously, so he’s regressed back to a salary that he made 10 years ago.

Robert Reich brought a personal angle to his commentary last week on health insurance. He was talking about Anthem’s proposed 39 percent rate increase for individual policy holders. Bob is an Anthem customer. And he pointed out that Anthem said it has no choice but to raise prices because so many people have dropped their coverage because they can’t afford it.

That’s the part that made Joey Iverson, from St. Paul, Minn., say hmmm…

JOEY IVERSON: Anthem claims they’re raising costs in part because nobody can afford their insurance anymore. Think on that.

Rico Gagliano did some thinkin’ last week on airlines, and how they’re charging for every little thing nowadays, including, most recently, American Airlines wanting eight bucks for a pillow and blanket.

RICO GAGLIANO: In a few minutes we’ll be cutting off the supply of oxygen in the economy cabin. Additional oxygen can be purchased for a nickel per minute, just slip your coins into the slot in the armrest.

Tom Suggs from Lexington, Ky., says there is one more thing that they could charge for.

TOM SUGGS: About the only thing Mr. Gagliano left off was the take-off fee. Just because the airlines can’t leave people on the tarmac for more than a few hours doesn’t mean they can’t charge for a timely departure.

Believe me when I tell you that that skit really struck a chord. Easily the most commented upon thing we’ve done the past couple of weeks.

Finally, an object lesson in the perils of covering the American economy. A couple of Fridays ago, Felix Salmon, one of the regulars in our Weekly Wrap, said this as a part of a conversation about how the president can create new jobs.

FELIX SALMON: Of course, infrastructure investment is extremely expensive way of creating jobs. It costs a good $200,000 per job.

Couple of days later we got a letter from a listener, someone who’s been on the show a couple of times, actually. Representative Peter DeFazio, Democrat of Oregon.

The congressman took issue with Felix’s $200,000 a job figure. He says the number’s really closer to $92,000 a job. That’s according to the President’s Council of Economic Advisors, Mr. DeFazio told us. Felix got his estimate from a private consulting firm, called Economic Modeling Specialists, Incorporated.

So, what is the object lesson here? That what you believe about business and the economy depends in very great measure on who you talk to and what economists you read. That is why we’ve put links to the studies and economic models both Felix and Congressman DeFazio quoted on our Web site, so you can have a look and maybe decide for yourselves. 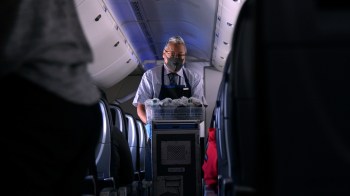