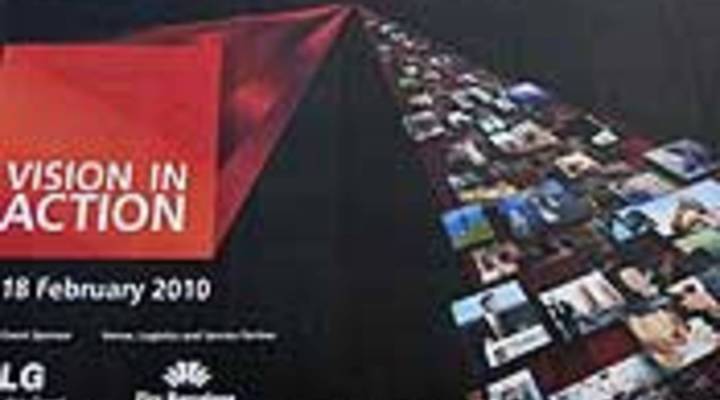 Bob Moon: Cell phone makers are about to dial up the competition. The Mobile World Congress kicked off today in Barcelona. And telecom companies from around the world are unveiling their new ideas for the half-a-trillion dollar industry. More than two dozen of them announced plans to create a common site for mobile phone applications.

As Marketplace’s Stacey Vanek-Smith reports, they’ve all got one rival in their sights.

There’s also an app for setting your TiVo, tuning your piano, checking surf conditions, and figuring out how much to tip. The Apple store has about 150,000 apps. More than 99 percent of all app sales last year went to Apple.

JEFF KAGAN: It’s incredible how quickly it’s growing, that’s an enormous revenue opportunity for Apple and all the app makers.

The app market is expected to be worth nearly $7 billion this year. Telecom analyst Jeff Kagan says that’s got lots of carriers and handset makers hoping to get a piece of the app action. So today, Verizon, China Mobile, Sony and others announced they are teaming up to create an app store that could be accessed by dozens of different devices.

KAGAN: On their own, it would have been harder. Together I think their chances of being successful are probably as good as Apple.

But even their combined three billion customers aren’t going to be enough to take the app out of Apple says Rene Ritchie, editor of TIPB — an iPhone blog.

RENE RITCHIE: You have two dozen of the biggest telecommunications companies in the world, to get them to all agree to an open standard, and all of the devices will have to be compatible. It’s going to be a bit of an uphill battle for them.

Ritchie says because Apple controls all of its content, it can make sure all of its apps are user friendly, something that will be harder for a diverse group of companies.