Have you seen Toyota’s new TV ad? It made me feel all warm and fuzzy inside, like I was watching the end of the 1986 film “Gung Ho”. Remember that movie?

Keaton plays an auto plant foreman who tries to save a US car factory from closing by getting a Japanese company to run the operations. It’s a classic “business culture clash” story. It ranks right up there with “Take This Job and Shove It” on my list of underappreciated 1980’s working class comedies.

But enough with the Roger Ebert. Here’s Toyota’s new ad:

A month ago, Domino’s kicked off a campaign to tout its new pizza recipe with commercials that admitted its old sauce tasted “like ketchup” and the crust was “like cardboard.”

General Motors kicked its apology machine into high gear at the end of 2008 — as it sought billions in bailout money from Congress — acknowledging it had “violated your trust” by building too many gas guzzlers and letting quality “fall below industry standards.”

Company apologies are nothing new. Kellogg took out “we regret” ads more than a century ago. But something is different about the Toyota case. I’ve been trying to put my finger on it. Then I heard the Edmunds CEO Jeremy Anwyl on our air yesterday.

ANWYL: Well, I think the big issue is this really goes to the heart of the Toyota brand promise. For years, they’ve stood for durability, equality, reliability, safety, and now we hear one thing after the other. And I gotta believe that for many of these owners, they’re feeling maybe angry and perhaps even a sense of betrayal.

Ryssdal: What could Toyota have done in retrospect, to ameliorate this in some way?

ANWYL: What Toyota needs to recognize is that we’re in a new world, where every consumer has a megaphone. They can blog about it. You can’t deal with the marketplace in a way that might have been appropriate 10 or 15 years ago. You need to be out in the marketplace telling your side of the story, if you don’t have the answers you need to say you don’t then explain why you don’t.

And oh by the way, the US government — which regulates you — owns your competition. You might want to understand that the deck is stacked against you.

JD Power says actual problems with Toyota cars aren’t proportionally greater than other car companies. But the fear — and its contagion — are far greater. Canada’s National Post talked to the guy in charge of research at JD Power, Steven Witter:

Mr. Witter says he thinks Toyota is the first auto company to experience a new Internet-based backlash. While there may be nothing unusual in Toyota’s track record or even its cars and safety history, the high-profile severity of a single accident can spin a safety issue out of control through the Internet and then the media. “What we’re seeing now is a sign of the times,” said Mr. Witter. With the Internet, events like the San Diego Lexus accident are posted and “people can go back and look at the coverage and listen to the 911 tape themselves. It’s going to happen more and more, even if it’s not high frequency, they are going to be sensationalized.”

As far as Toyota’s response, perhaps there’s a Gung Ho-like business culture issue here. Why would a company from a country with a penchant for apologizing wait to say sorry? From The Street:

Apologizing in the wake of error is an accepted business practice in Japan, so Japanese companies are usually pretty good at it. But Toyota may have become Americanized in one unhappy respect. Ours is the most litigious nation in the world, and American defense attorneys frequently advise their clients not to apologize after a mistake for fear of inviting expensive lawsuits.

Facing allegations that its products put consumers at risk of injury — we’re talking about acceleration and braking issues here, not peeling paint or leaky windows — Toyota’s lawyers may have advised the company not to say anything that could be used against it in class-action lawsuits brought by angry customers.

As Spicoli would say… totally. One of Toyota’s former lawyers said this week that Toyota in Japan has no respect for the American legal system. On the other hand…

Said Metzl, “Problems can get papered over because in Japanese society, going with the collective is more important than going against the grain. Individuals would not speak out.”

Now that the problems have come to light and Toyota has expressed its regret, do you think it can repair its reputation?

By the way, here’s the final scene from Gung Ho. Enjoy. 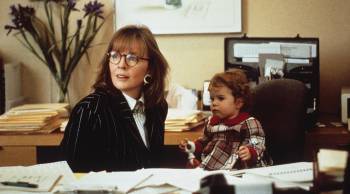