Bill Radke: As Latino immigrants have shown up in rural towns looking for work, especially farm jobs, they have not always been well received. A lot of Americans say they don’t like the effect immigrants have on community resources. But a recent study shows much of that concern is misplaced, as Marketplace’s Jeff Tyler reports.

Martha Crowley: What we concluded is that these fears that people had that suddenly conditions would get much worse in their communities did not materialize.

Looking at data from 1990 and 2000, Crowley found that poverty and unemployment both fell in rural Hispanic boomtowns. As for crime:

Crowley: We actually saw larger declines in crime, and especially violent crimes, in counties with rapid gains in Latino populations.

The study did not cover the current recession. Some small towns report that Latino crime rates rose as the economy soured. But for the most part, Latinos have supported local economies, providing the backbone for farm work. They do jobs that most of the 3,000 people living in Warsaw, North Carolina, just don’t want.

Win Batten is the mayor of Warsaw:

Win Batten: Having them be willing to work in the poultry and swine industry was very helpful to us in growing that industry over the early years.

He says Hispanics have also been good for local retailers, sort of like captive consumers.

Batten: They would shop at the local stores many times because they didn’t have transportation many times to go elsewhere.

Some of them had to go elsewhere because local stores didn’t want their business.

Latinos shop at El Mariachi Gordo, a small grocery in Warsaw. Owner Fernando Sanchez says some of the local white folks are prejudiced to the point of refusing to serve Hispanic customers. Sanchez recounts taking his car to a local gas station when he had a flat tire.

Fernando Sanchez: The man said he didn’t have time, he was busy. And yet he was sitting at a table playing cards. 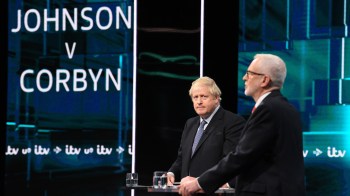