Kai Ryssdal: We will begin our letters segment today with the observation that the president was talking education this afternoon. He used an appearance at a grade school in Virginia to ask Congress for more than a billion dollars in additional education funding. Most of that money’s going to go to K-12 programs.

We were talking higher education on the program last week. And the employment struggles that liberal arts graduates are having. We spoke with Kate Brooks from the University of Texas, Austin. She said a lot of liberal arts PhDs just can’t find tenure-track jobs.

Bonnie Pomfret from Rehoboth, Mass., is no financial expert…

BONNIE POMFRET: I’m not a financial expert by any means, you know I’m a soprano.

But she says there are fewer full-time jobs now because schools are making part-timers pick up the slack.

POMFRET: Nobody really thinks about it, they just turn a job into part-time and someone says, “Oh yeah, so-and-so used to do that job, oh, who is going to do it now?” It doesn’t seem to happen in a very thoughtful way.

I spoke with Bob Teitelman about Wall Street bonuses last week. Bob is the editor-in-chief of The Deal. And his take was that those big bonuses are necessary evils. That they help keep most of Wall Street’s goings-on out in public at regulated firms instead of hedge funds and private equity.

Maureen Rubini from St. Petersburg, Fla., used to work for Bank of America. She says that even though bonuses might help retain top talent, enough is really enough.

MAUREEN RUBINI: You know I recognize, because I spent so much time in the financial services industry, that risk and reward is always there. And it makes sense to me to reward risk, but I don’t think it’s appropriate anymore.

Kathi Brumbaugh Caber from Lebanon, Pa., wrote to comment about another story from last week. The one about how General Motors was really hamstrung by its goal of owning a 29 percent share of the U.S. auto market. That is a goal that as we’ve come to know didn’t work out so well.

Kathi Brumbaugh Caber: Well it really kind of hit home. I sort of thought I was the only one who felt that goal setting was a bit overrated. I have heard that question asked in every job interview I’ve ever been in: What are your five-year goals? What are your 10-year goals? And I’ve always felt that that was very limiting.

Caber said she plans to use the story and the research behind it to get past those annoying questions.

CABER: I think I need to print out a copy of the study and bring it with me to future interviews.

I feel like we ought to run a disclaimer here or something: Marketplace is not responsible for the results of your job interview, something like that. Anyway, if you have heard on the program that helps you prove a point, or that you think misses it altogether, please do tell us. 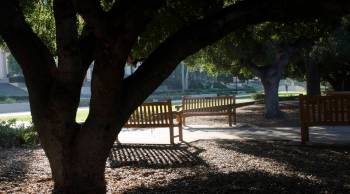 Liberal arts majors are getting paid