A knock-off takes on The North Face

A knock-off takes on The North Face

Kai Ryssdal: When it comes to wilderness chic, there are few brands as popular as The North Face. Their fleeces and jackets have become a little bit like city folk driving those big SUVs. People buy ’em, even if they’re never going to go off road. A teenage entrepreneur in Missouri figured the high-flying brand needed to be taken down a notch. So he started a company, and he called it “The South Butt.”

The North Face is not laughing. From St. Louis Public Radio, Adam Allington has more.

Adam Allington: You know, it’s hard being an international retail powerhouse. Not only do you have to compete against knock-off brands and counterfeits, but every once in a while someone comes along and just hits below the belt.

Someone like 18-year old Jimmy Winkelmann and his company The South Butt.

Jimmy Winkelmann: I feel that a large amount of people are buying The South Butt to go along with an anti-logo movement in general.

Winkelmann started The South Butt as a spoof of The North Face’s fleece jackets worn by so many kids at his private prep school. North Face however didn’t think the joke was that funny. They served Winkelmann with cease and desist papers as he left for the University of Missouri last fall. Ever since then, The South Butt has gotten the kind of publicity you just can’t buy.

Jeff Davis: It’s been moving like crazy, you know all of the t-shirts, long-sleeve shirts and everything else has just been selling like mad. Christmas time was a big rush for it.

When the lawsuit went national — 14 and a half million Google hits and counting — South Butt went from turning a modest profit of a couple thousand dollars to paying for all four years of Jimmy’s college. But the South Butt isn’t the first company to poke fun at a popular brand.

Joe Martineau: Yeah, the Lardashe case, where jeans were sold under the name “Lardashe.”

In that case, Martineau says the court ruled in favor of Lardashe on the grounds the company was not misleading customers.

Martineau: The court held that there was no confusion in the marketplace, that it was an obvious parody and that parody was protected under the First Amendment and was not a trademark infringement.

But Martineau says there are consequences for brands that don’t defend their trademark. Just ask Aspirin or Kleenex.

North Face isn’t commenting on the case, but the text of the lawsuit claims that The South Butt logo is similar to North Face and that’s misleading customers. But Winkelmann’s attorney, Albert Watkins says the only thing similar between North Face and South Butt is the word “The.”

Albert Watkins: This is about consumer choice, this is about a consuming public that’s smart enough to know the difference between a face and butt and not believe that somehow when they pick up a butt they’ve bought a face.

For his part, Jimmy Winkelmann says he welcomes the opportunity to make his case in court and the experience is teaching him a lot.

Winkelmann: I think what I learned is, your product matters, but it’s really all sales and marketing, I think. That’s all it is.

Allington: How much have you spent on advertising?

Winkelmann: Zero dollars. North Face made the advertising for me.

Winkelmann had offered to sell his company to North Face for $1 million, an offer he has since retracted in light of South Butt’s runaway success. 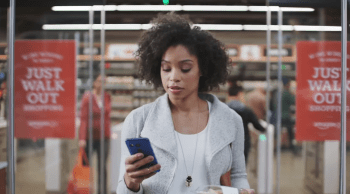 No cashiers, no lines – Amazon debuts its new grocery store 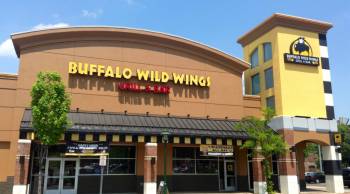 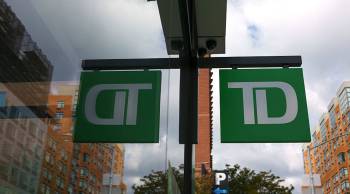