Good morning. Here’s what I’ve been perusing so far:

When greed is not good (Wall Street Journal)

My fear is that a once-in-a-lifetime opportunity to build a sturdier and safer financial system is slipping away. Let’s remember what happened to health-care reform (a success story!) as it meandered toward 60 votes in the Senate. The world’s greatest deliberative body turned into a bizarre bazaar in which senators took turns holding the bill hostage to their pet cause (or favorite state). With zero Republican support, every one of the 60 members of the Democratic caucus held an effective veto–and several used it.

If financial reform receives the same treatment, we are in deep trouble, both politically and substantively.

“We’re literally going to pass on to our children a country they can’t afford,” Gregg says. “Their standard of living is going to go down dramatically, the tax burden will go up dramatically, the benefits for senior citizens who are retired will be adjusted dramatically if we allow ourselves to go over this cliff.”

What they are proposing is an 18-member task force made up of 16 members of Congress… The committee would weigh proposals to lower the national deficit, and if 14 of the 18 members agreed on a proposal, it would go to the House and Senate for a vote.

Aside from high asset valuations, the two classic symptoms of a bubble are rapid growth in private-sector credit and an outbreak of public enthusiasm for particular assets. There’s no sign of either of those. But the longer the world keeps its interest rates close to zero, the greater the danger that bubbles will appear–most likely in emerging markets, where growth keeps investors optimistic and currency pegs import loose monetary policy, and in commodities.

How Markets Fail: The Logic of Economic Calamities (The New Republic) A book review. 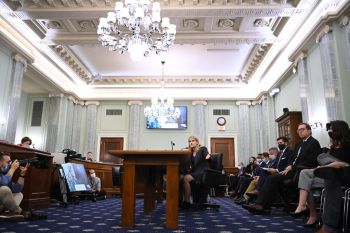