Kai Ryssdal: It’s balmy today here in L.A., but in a lot of the rest of the country, baby, it is cold outside. The winter weather that many places are feeling this week has helped drive crude prices to a nine-day rally. Oil hit almost $82 a barrel today. And Marketplace’s Sam Eaton reports it is not just oil that the weather is affecting.

SAM EATON: In a global economy weather is still the wildcard. And commodities analyst Peter Beutel says it’s now wreaking havoc on much of the Northern Hemisphere.

PETER BEUTEL: It’s cold in Europe, it’s cold across most of the continental U.S., it’s cold in China. I don’t know that we ever knew in the past when it was cold in all three places at the same time.

Which helps explain the recent rally in oil prices. But it also shows how much the weather plays a role in other global commodities. Forecasts for freezing temperatures in Florida have driven up orange juice prices. And snow in the Midwest gave corn prices a slight boost because of delays to the final harvest. Beutel says combine that with other market factors and global commodities are looking like good investments in 2010.

But just how lasting the commodities rally will be depends on how long the cold sticks around.

Daniel Basse is an economist with Ag Resource.

DANIEL BASSE: On a longer term perspective we need that cold to be in place for not only a few weeks but rather almost a month or two before it becomes a real significant market feature.

Which Basse says hasn’t happened so far. But that doesn’t mean it won’t. The forecasts for the Eastern U.S. and Europe say the worst is still to come. 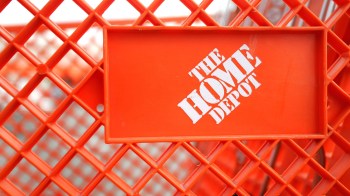