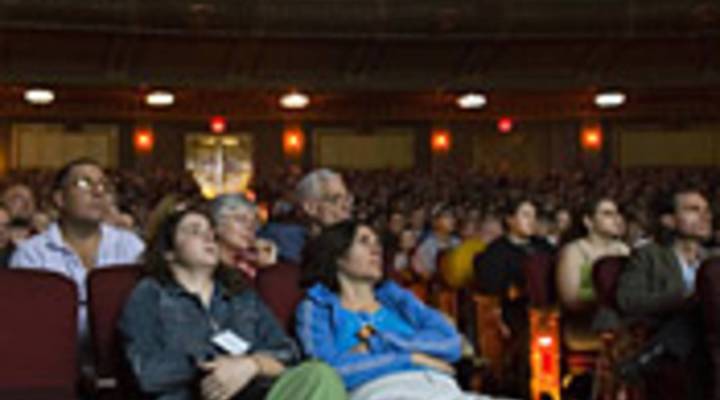 Bill Radke: Evidently, James Cameron wasn’t kidding about that whole “king of the world” thing. Avatar, his latest movie, has pulled in a billion dollars in just three weeks. A big finish to a really big year at the box office. Last year was the first time since 2002 that we spent more money on movie tickets than on DVDs. But Stacey Vanek-Smith reports that is not necessarily a good thing.

Stacey Vanek-Smith: More than half the money a movie makes usually comes from DVD sales. At least, it did. Those sales were down about 13 percent last year.

And Entertainment industry analyst Porter Bibb says more action at the box office won’t pick up the slack, because studios share those revenues with theater owners.

Porter Bibb: They don’t make the percentage of profits on a box office admission that they do on a DVD, and they don’t have the after market — the long tail that DVDs provided in the past.

DVD sales have dropped as consumers turn to services like Netflix, cable and iTunes for their film fix. And studios are still trying to figure out how to really cash in on those, says USC business of film professor Jason Squire.

Jason Squire: There is a considerable amount of rethinking the way business is being done, and efforts at monetizing these new media opportunities, these new screens.