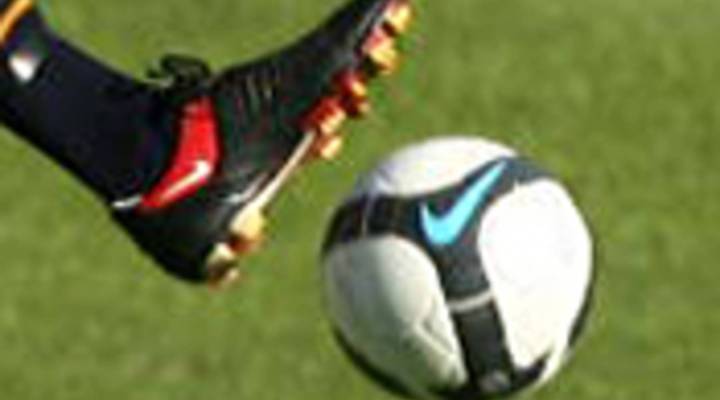 Bill Radke: The first match of the World Cup soccer tournament in South Africa is still six months away, but already countries are preparing bids to host the 2018 games. This is the world’s biggest sporting event — when the U.S. hosted in 1994, more than 3 million fans attended the games and they brought in an estimated $4 billion. No surprise, then, that the U.S. is on the bidding list again. Marketplace’s Nancy Farghalli reports:

Nancy Farghalli: Snagging the World Cup could bring in $5 billion and add more than 70,000 jobs. That’s according to David Downs. He’s the Executive Director of the U.S. bid. He says that’s why nearly 30 cities are competing for a limited number of slots as host cities.

David Downs: I think some of the cities that may surprise you a little more, you know, that may not be on the tip of everyone’s tongue but have managed to impress us, Nashville or Kansas City or something. You know, a city that didn’t host in 1994 but has demonstrated a tremendous amount of passion.

There is also a tremendous amount of money at stake. Take Los Angeles in 1994. Economists say the city raked in almost $600 million from hosting the World Cup final. That’s why Los Angeles Councilman Tom LeBonge wants another go around.

Tom LeBonge: If you have a big world cup tournament and the series of weeks build up and all the activity around, I’m sure it is in well into the hundred of millions of dollars, if not a billion dollars, when 2018 rolls around.

The U.S. committee will make a final selection of cities in the next few weeks. Then they’ll submit their formal bid to international soccer’s supervisory body in May.