Some AIG bonuses still not repaid

Some AIG bonuses still not repaid

Stacey Vanek-Smith: AIG executives are slated for more big bonuses in March. Earlier this year, news of bonuses at the failed insurance giant had the public seething, and AIG executives promised to pay some of the money back. But that hasn’t happened, as Jill Barshay reports.

Jill Barshay: Some AIG executives resigned and took the bonus money with them. But some still work at the insurance giant.

Kenneth Feinberg is the U.S. special master for executive compensation. He sets the pay for the top 25 executives at AIG, now that it’s majority owned by the government.

Kenneth Feinberg: One way or another I am confident that the pledged amounts will be repaid to the Treasury.

Feinberg’s bigger headache may be how to slash AIG’s next round of retention payments: $198 million.

Feinberg: The law permits me to try to renegotiate those contracts. And if I can’t do that, the law states that I can take those retention payments into account in establishing and determining 2010 compensation. So I am not without some leverage, limited as it may be. 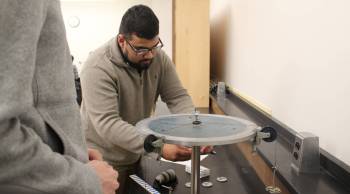