More From This Show
0:00 / 0:00
The Copenhagen Climate Conference

Kai Ryssdal: There are officially three days left in the Copenhagen climate conference. And negotiators are getting down to it. World leaders start to arrive tomorrow. Corporate leaders, meanwhile, have been in Copenhagen for days now. As have our reporters Sam Eaton and Stephen Beard. We’ve got Sam on the line for the corporate climate change update. Hi Sam.

Ryssdal: All of these CEOs that are there at this conference, Sam. What kind of companies do they represent, and why are they there?

EATON: It’s actually a pretty diverse group, Kai. You have companies like Nike, you have Duke Energy, you have General Electric. All of these companies are positioning themselves for what will happen post- in the agreement that comes out of this. What they’re frustrated about is that it’s very difficult to be heard within the chaos and the chatter of this incredibly large and complex UN process that is happening here. Just to give an anecdote, here in our Marketplace press room, we didn’t actually need to get any printer paper because we’re getting hundreds of press releases a day, and we’re just using the backside of those to print out our documents and our scripts. So imagine these CEOs coming to Copenhagen and being lost within this sea of messaging that’s happening surrounding all these closed-door talks.

Ryssdal: And it’s worth a mention that these business leaders, at least the ones from the states, are used to having their voices heard. I mean they’ve been influencing climate policy in this country for years now, right?

EATON: They are. Maybe this isn’t the right venue for them to be heard. A lot of people say the right time for business, for this message to really come through, would have been a year ago. But their message is incredibly important to how this thing takes shape. The way they want to influence the deal is really about creating regulatory certainty so they can make these investments in whether it’s clean development, or clean technology, what have you, they need to have the certainty to put the funds into this.

One of the CEOs I talked to, Kai, is Daniel Abbasi. He’s the head of a U.S. investment firm called Mission Point Capital Partners. And he told me that now he’s got about $300 million invested in climate-related projects and technologies all over the world, but that number could easily increase by a factor of 10 given a deal at the end of the climate talks here.

EATON: And some people are saying about $500 billion a year is needed to get the global economy off of fossil fuels. So you have all these investors and businesses looking around for opportunities. I mean that’s big money.

Ryssdal: Let me ask you this, though, Sam. What are the odds that coming out of this meeting there will be the guidance and the new regulations, or at least a start to it, that’s going to let businesses feel confident in investing?

EATON: Well, I think, Kai, it’s important to say what the businesses are looking for out of this is the signals rather than the details to shoot the gun and start deploying trillions of dollars in capital. This is a long process. With Kyoto it took, I think it was the three years after the Kyoto accords were signed that all of the details were hashed out on how those investments might be made and what the rules were surrounding them. So that’s still a long ways off. These businesses are just looking at this saying, let’s get the process started so we can go here.

Ryssdal: Let me change gears on you here for a second, Sam, and ask you with some of these leaders starting to show up tomorrow and the next day, I imagine that the mood is changing, if you will.

EATON: It is. You can feel the tension building. It definitely took me a lot longer to get into the conference center this morning. And just before I came here to talk to you, Kai, I was out in the lobby of the media center, and they’ve actually put in metal detectors going from the outside of the main conference area into the media center. So I’m not sure what that’s about. You can definitely, there’s definitely a change happening as we go into these next days.

Ryssdal: Sam Eaton. Our man in Copenhagen. Thanks, Sam. 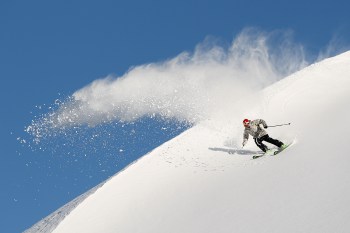