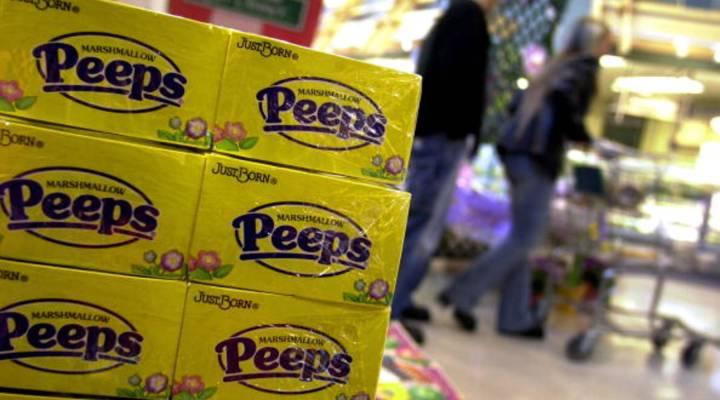 Kai Ryssdal: Conventional wisdom in the world of brand management is that more is better. The more widely known and more widely available your product is, the more money you’re going to make. With that theory firmly in mind, the maker of Peeps — those little marshmallow chicks and bunnies — they opened their first store near Washington D.C. today. So we sent Sabri Ben-Achour to take a peep.

Sabri Ben-Achour: It takes just a quick search on YouTube to see how seriously people take their Peeps.

Kathy Bassininsky: There is lord of the Peeps, there is Star Wars of Peeps.

Bassininsky: It’s a cultural phenomenon. We know a third of the Peeps that people buy aren’t eaten.

There are 850 different Peep products here.

Owen Shapiro: There’s a number of different brands that have used destination stores and flagship stores as part of their marketing campaign.

Apple or Disney for example. Shapiro says a store doesn’t have to make a lot of money to be helpful to the brand. But it’s not just any company that can pull it off.

Shapiro: You know, you have to be a pretty powerful brand, typically they are high emotion brands.

High emotion doesn’t seem to be a problem here. Phadra Milton is another manager who was here for the soft opening last month.

Phadra Milton: We had to have police officers that just came and starting directing people, we had so many.

If the store is successful, the company says more stores will peep up, pop up, around the country.