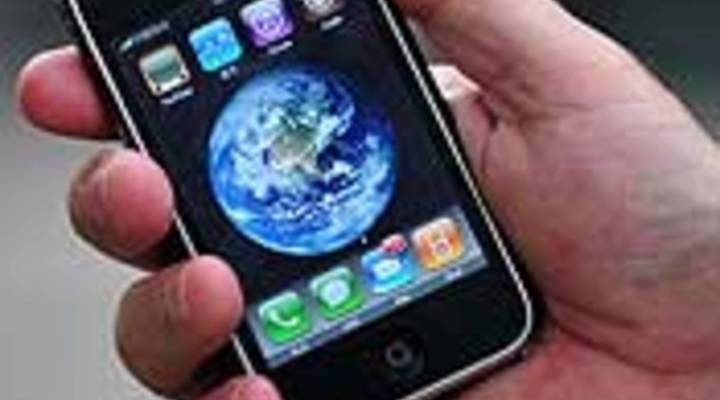 AT&T to iPhone users: Cut back on data!

AT&T to iPhone users: Cut back on data!

Kai Ryssdal: No mention of the financial industry today would be complete without the following two items. The last big Wall Street bank still holding onto its bailout money is now apparently in negotiations with the government to pay back the $45 billion it got from TARP last year. That would be Citigroup. No real details to give you on when anything might actually happen on that.

Also, Goldman Sachs. CEO Lloyd Blankfein and his colleagues have clearly heard the hue and cry over its multi-billion dollar compensation plans. Goldman announced today its 30 highest-ranking executives are going to get stock only for their bonuses this year — no cash for them at all.

The Goldman gang is probably more a Blackberry crowd than it is an iPhone crowd, but still, the iPhone has been a smashing success. Except for the actual phone part. Customers, especially in densely packed cities like San Francisco and New York, routinely have their calls dropped and data connections disrupted. AT&T — the only carrier you can get an iPhone with — has a plan for that. You could call it the pretty-please approach to customer service. Marketplace’s Stacey Vanek-Smith explains.

STACEY VANEK-SMITH: There are roughly 10 million iPhone users in the U.S., and if you’ve ever spent any time with one you know they’re on their phone a lot — texting, answering calls, showing off the new koi pond app. And AT&T is making it all happen.

Rene Ritchie is editor of the iPhone blog.

RENE RITCHIE: You have almost a full Web browser, and people are starting to really use data and that’s hitting these networks very, very hard right at the cell-tower level. That tower basically gives up, can’t handle it and kinda melts into a little pathetic puddle in the corner somewhere.

In the name of pathetic puddle prevention, AT&T is building up its network and asking customers to cut back on things like video streaming. It’s also considering charging iPhone users based on how much broadband they use, like they do with phone minutes.

Broadband consultant Scott Cleland says carriers are going to have to start charging because the problem is only going to get bigger.

SCOTT CLELAND: This is going to be a constant dilemma. The more customers you have, the more usage they want to use, puts more stress on a network.

But iPhone blog’s Rene Ritchie says even that probably won’t solve AT&T’s problem. iPhones make up about a third of the smartphones market and even if customers cut back, it won’t be enough. AT&T will probably have to give up its exclusive hold on the iPhone.

RITCHIE: To have that many phones on one network, unless that network spends billion and billions of dollars, it’s going to be problem.

A new iPhone is set to be released this summer.