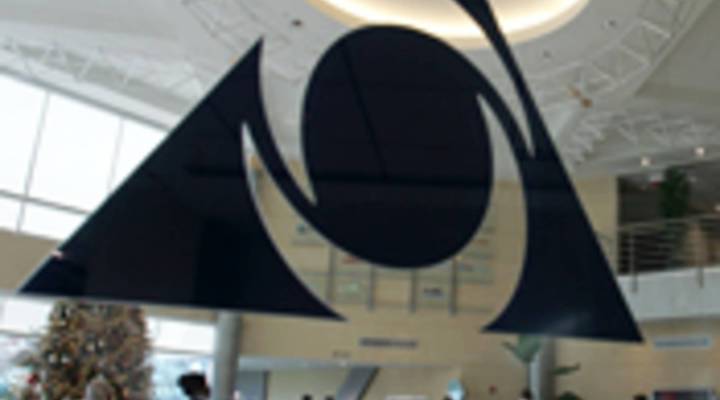 Steve Chiotakis: AOL officially splits from Time Warner today. The online company’s trying to reinvent itself, offering new services — even a new logo. For a lot of people, AOL was an introduction to e-mail. But a lot’s changed. And they’re hoping a new image helps them to move the product forward. Marketplace’s Stacey Vanek-Smith reports.

Stacey Vanek-Smith: A few months ago, I started getting e-mails from friends and colleagues, saying they were switching their e-mail from Yahoo or Hotmail to G-mail — that’s Google.

I have a Yahoo address. Do they know something I don’t? Is my e-mail address sending its own message about me? Duke University marketing professor Ken Wilbur says yes.

Ken Wilbur: It’s like your haircut or the designer of the shirt that you’re wearing — it’s something that people notice and it’s part of the package.

I needed to know more, so I turned to Dalaise Michaelis. He’s Marketplace’s Web developer and he thinks about these kinds of things.

Dalaise Michaelis: As soon as somebody says they are, you know, so-and-so at Earthlink.net or Hotmail.com, really it’s an “Oh My God” moment. Do you know what the Internet is? Yahoo is like, OK. And then if you’re G-mail, you’re like, I can take you seriously.

Michaelis: You said AOL? Oh wow, is it still around? I mean, Ican’t believe it’s still around.

Burt Flickinger: Had my AOL e-mail account for a little over 15 years.

Burt Flickinger is the managing director of the Strategic Resource Group. He tells retailers how to market things to young shoppers. What do clients say when he gives them his e-mail?

Burt Flickinger: When I give them an AOL email address, they say, I can’t believe you’re still on AOL. I say well, it’s simple, I have one of the original addresses with no numbers so it’s easier for you to type.

There are 50 million Flickingers out there. Hotmail has 200 million users. Yahoo 260 million. G-mail is gaining on them, but 500 million people can’t be uncool!

Still, it’s not about numbers says Duke’s Ken Wilbur. He says an e4mail address is part of your brand. And if you’re looking for a job or networking, the wrong address can make you look out of touch.

Wilbur: I really like to think of it as sort of the card stock you print your business cards on. You know, if you are out there looking for a job, it certainly is something you might want to think about in terms of what kind of image you’re projecting.

So if you think your e-mail address needs to send a new message.. might be time to tell the old one: