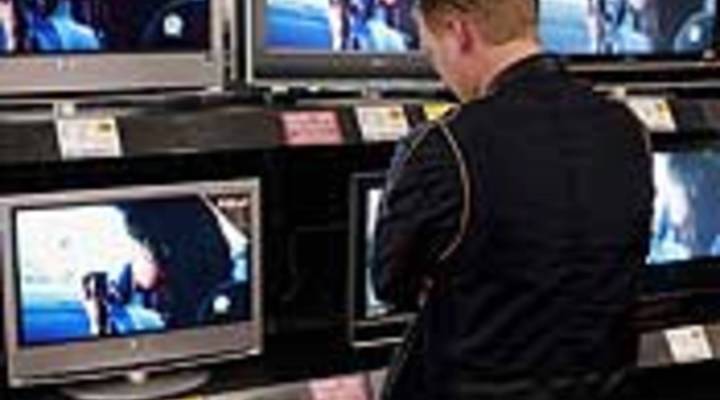 Kai Ryssdal: California banned television sets today. Not all of ’em. Just the big flat screens that use lots of energy. And not right away, either. This afternoon, California regulators decided that starting year after next flat screens sold out here will have to meet new efficiency standards. Those requirements get more strict by 2013.

California says it’s just trying to control power use. But the entire industry could wind up playing by the new rules, as Marketplace’s Stacey Vanek-Smith reports.

STACEY VANEK-SMITH: Consumers are keeping a tight hold on their wallets this holiday season. One thing they are buying, though? Flat-screen TVs.

Riddh Patel is an analyst with the research firm iSuppli. She says sales of the sets this holiday season will be up around 14 percent over last year.

RIDDH PATEL: This is a product that consumers are willing to spend money on because entertainment has become really important.

Competition for those consumer dollars is cut-throat. The average price for a flat-screen set is roughly half what it was last year. And now California’s energy-efficiency mandate is about to turn the industry on its head, says Yankee Group researcher Carl Howe.

CARL HOWE: It may reshape the market because California’s such a big part of the economy — 13 percent of the entire U.S. economy comes from California.